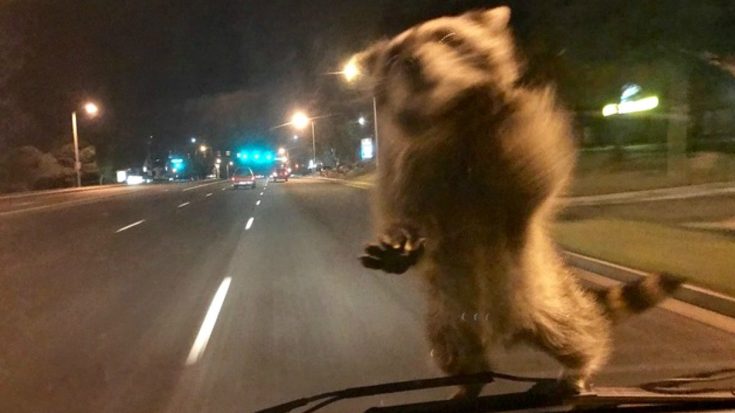 Raccoons are known for being highly intelligent and curious creatures. Their curiosity can make them a nuisance to some, but most find them entertaining. Just ask Colorado Springs police officer Chris Frabbiele who had a one-of-a-kind raccoon encounter recently.

The encounter was captured on the officer’s dash cam and made for one of the funniest raccoon happenings we’ve ever seen. Frabbiele was on his way to the scene of an accident in a police van when a raccoon jumped onto the windshield of the van and held on for the ride of his life until the officer pulled over.

Officer Frabbiele got an unexpected hitchhiker on way to serious injury accident. He safely pulled over! #codethreecoon #raccoonridealong pic.twitter.com/Bz7zeSAY8A

No one quite knows how the raccoon managed to leap onto the windshield, but speculation is that the critter jumped out of a tree onto the van as it passed by.

Have you ever had an unusual raccoon experience? Let us know in the comments below!