By Jennifer Pernicano on July 13, 2016
Advertisement 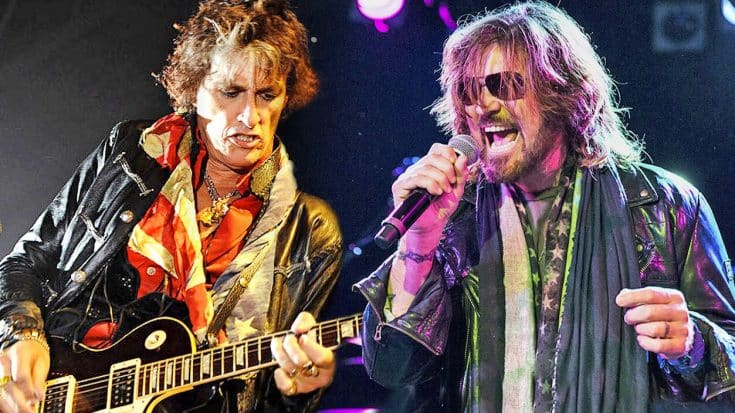 When choosing songs for his 2016 album Thin Line, Billy Ray Cyrus decided he wanted it to be a “tip of the hat to [his] heroes.”

His plan was to write songs inspired by his outlaw heroes including Waylon Jennings, Johnny Cash, Kris Kristofferson, and Merle Haggard. For Thin Line, Cyrus not only pulled inspiration from these country legends, but also from 1970s classic rock bands as well.

He included several country collaborations on the album, which was released September 9th, 2016, but two legendary rockers appear on it as well. Cyrus recruited Glenn Hughes – Rock and Roll Hall of Famer and member of Deep Purple – for “Hey Elvis,” and Aerosmith guitarist Joe Perry for a cover of Don Williams’ “Tulsa Time.”

Cyrus and Perry’s rendition is a bit edgier and hard-hitting than Williams’ classic version. Perry’s guitar riffs really bring the song to the next level and immediately make you want to stomp your boots to the beat.

Take a listen to their collaboration below.