After 32 Years, Dolly Parton Steps Down From Important Role 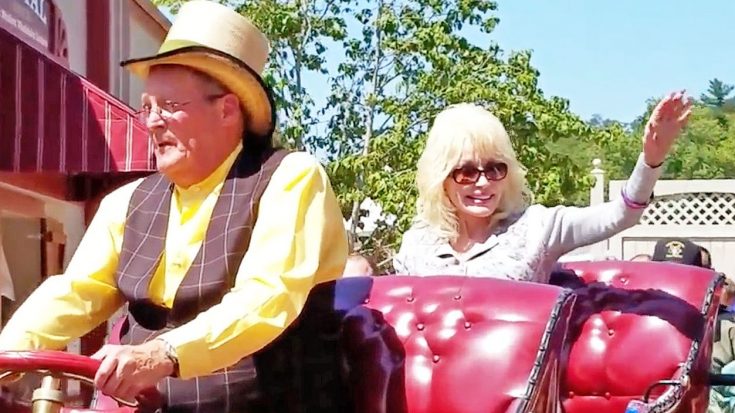 Although Dolly Parton is now a global superstar, she has never lost sight of where she came from. For decades, Parton has been devoted to building up her home county in Tennessee, and we’d say she’s done a splendid job at it.

Thanks in large part to her Dollywood theme park, the tourism industry in the town of Pigeon Forge has been flourishing. Each year, millions of people come to enjoy the thrills they can find at Dollywood and in the nearby Smoky Mountains.

At the end of 2017, wildfires tore through Sevier County in Tennessee, which is the same county that Parton grew up in. The towns of Pigeon Forge and Gatlinburg were right in the path of the fires, and many homes and businesses were destroyed.

Wanting to help in any way possible, Parton established the My People Fund to provide financial aid to those who lost their homes. Millions were raised through the fund, which was heavily supplemented by a telethon Parton hosted featuring performances from famous friends.

It’s easy to tell how much Parton cares about her home community, and they love her just as much. For the past 32 years, she has taken on the important role of the Pigeon Forge Homecoming Parade grand marshal. But after all of that time, Parton is stepping down in 2018 to allow another famous celebrity to take her place.

As reported by Nash Country Daily, the grand marshal for this year’s homecoming parade in Pigeon Forge will be Baseball Hall of Famer Cal Ripken Jr. Unlike Parton, Ripken is not from Sevier County, but he has played an important role in helping build up the Pigeon Forge community. Back in 2016, Ripken opened the Ripken Experience Pigeon Forge, which is a $22.2 million youth baseball facility and sports complex.

Parton said that it was a great honor to serve as the grand marshal for so many years, but she felt it was finally time for her to let someone else take on the role:

“For 32 years, it’s been my honor and privilege to serve as the grand marshal,” Parton said in a press release. “In that time, Pigeon Forge has grown so much and so many new businesses and attractions have come to town, everyone agrees that this is the perfect time for me to step aside and share the spotlight with some other folks. Dollywood has hogged the spotlight long enough.“

Pigeon Forge city manager Earlene Teaster had nothing but kind words for Parton, saying, “We want to thank Dolly for all that she has done, and we are so very grateful for the kindess and generosity she has shown to both our visitors and our residents.”

Were you ever lucky enough to get to see Parton in the Pigeon Forge parade? If not, we have a video below from one of the past parades for you to enjoy!

While we’re sad to see Parton step down as grand marshal in the parade, we wish Ripken the best of luck as the new grand marshal!