After Facing Off On ‘The Voice’ In 2017, Two Singers Reunite With ‘Delta Dawn’ Cover 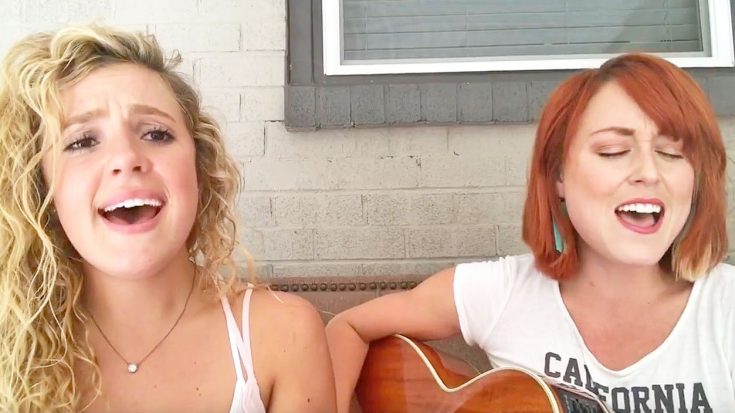 Every time The Voice airs, viewers anxiously await the competitive battle rounds. The battles have two team members sing a duet in a fight for their spot on the show, leaving it up to their coach to decide who stays.

The battles are always a tough part of the show, since the coaches don’t really want to say goodbye to anybody. It’s tough for the competitors as well, since they form close bonds with their fellow teammates.

Several former battle partners from 2017’s season of The Voice continued to work together, including two contestants from Blake Shelton‘s team…Casi Joy and Ashley Levin.

The two sang Reba McEntire‘s “How Blue” in one of the standout battle performances of Season 12 of The Voice. Casi walked away the winner, but Ashley was stolen by Alicia Keys.

Both singers made their way through the knockout rounds and advanced to the live playoffs. They were both eliminated during the first week of live shows, but although their time on the show ended, their friendship did not.

Later, Casi took to her YouTube channel to share a cover of Tanya Tucker‘s signature song “Delta Dawn.” She happily revealed that Ashley was joining her for the cover, which they recorded after reuniting in Nashville.

The girls sang the opening of the song almost entirely a cappella, allowing them to showcase just how well they can harmonize with one another. Seriously, those harmonies will give you goosebumps!

The two took turns singing the verses of the song, but always came back together again on the chorus. That’s sure to be your favorite part of their cover, because you won’t be able to resist how their voices sound together!

Tune in below to watched this talented duo sing their rendition of “Delta Dawn.” We don’t know how Blake ever managed to choose between the two of them on The Voice!