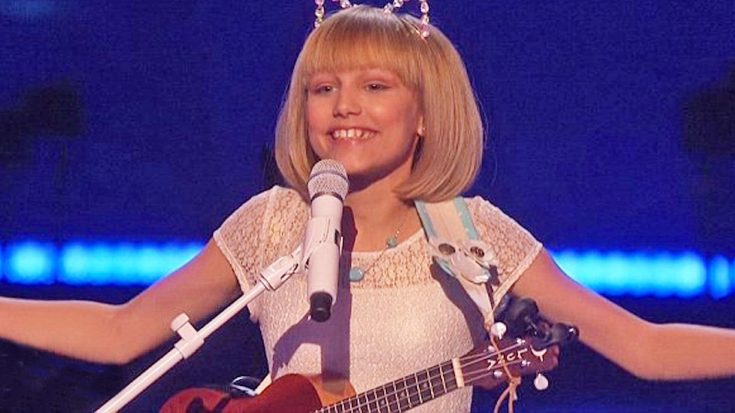 In one of the most competitive seasons of America’s Got Talent to date, 12-year-old Grace VanderWaal was crowned champion becoming the second youngest competitor to take home the million dollar prize.

After receiving Howie Mendel’s golden buzzer, the 12-year-old ukulele player enchanted the nation with her original songs and unique vocals. Throughout Grace’s stay on the eleventh season of AGT she uploaded a multitude of Youtube videos but has been almost silent since her win leaving many people wondering what exactly she’s been up to. The young singer has finally broken the silence in the form of a video.

“I just wanted to make this video and give a little life update of what’s happening with me,” says Grace. “I just finished my first short album…I don’t have a release date yet but I know it’s coming out really soon!”

The singer also goes on to reveal the details of her first big purchase post AGT. So what does a 12-year-old millionaire spend their money on these days?

“So I was gonna keep this as a surprise but I just can’t hold it back anymore,” she says. “I’m getting a baby pug!”

Grace will soon be bringing home a black 8 week old pug. Keeping up with the celebrity pet trend, Grace says she will be making her pup her very own Instagram the second she brings her home. She goes on to say that while she loves Youtube she just doesn’t have time to be posting as much as she would like so if you want to stay up-to-date on her life it is best to follow her other forms of social media.

What do you think of her first big purchase? Let us know in the comments after you watch her full update in the video below!