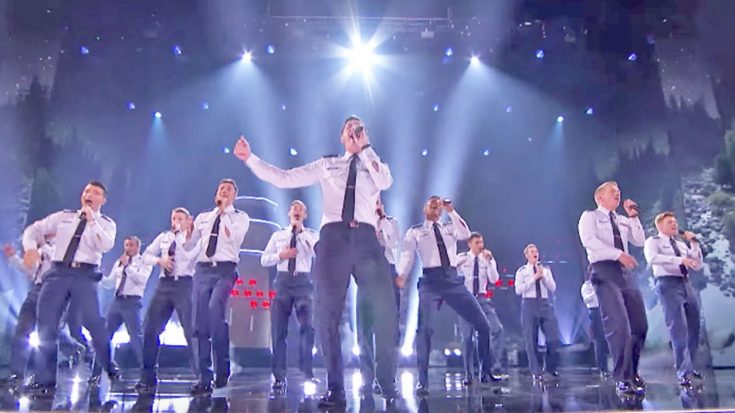 Air Force Academy a cappella group, In the Stairwell, blew the judges of America’s Got Talent away at their audition with their mind-blowing performance of One Direction’s “Drag Me Down.” The group has managed to make it all the way to the semi-finals through a series of skillfully choreographed performances of some of the biggest songs on the radio, last night’s performance earning wild praise from the judges.

In the Stairwell gave Ed Sheeran’s “Castle On the Hill” an a cappella makeover, their expert delivery leaving notoriously tough Simon Cowell bowing down to them following their performance. The talented men’s masterful rendition of Sheeran’s hit surely will advance them to the finals of the talent competition.

The group’s name came about due to the academy’s ban on freshman singing in their dorm room, the men taking their singing into the stairwell. The all male a cappella group formed back in 2012 with ages ranging between 18 and 22.

“Castle On the Hill” was released as the double lead single in 2016 off Sheeran’s album third album Divide.