By Jennifer Pernicano on January 26, 2018
Advertisement 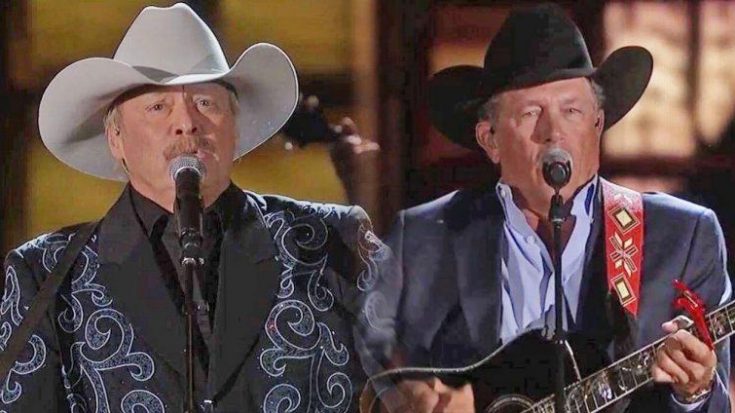 The 2016 CMA Awards made history during its 50th Anniversary show. Legendary performers joined together for quite possibly the most epic opening number country music fans have ever seen.

As the show went on, it did not disappoint. From Garth Brooks and Trisha Yearwood’s medley of famous duets, to Brooks & Dunn’s comeback performance with Jason Aldean, each performance proved to be more memorable than the last.

We were pleasantly surprised to see the Alan Jackson and George Strait were scheduled to perform together, but we still didn’t know what songs they would be singing!

Finally the moment came for their duet and they did not disappoint.  Jackson began the performance with his 2003 hit “Remember When.”

Images of country legends who have passed were displayed behind him including Johnny Cash, June Carter Cash, and George Jones.

After a few bars, they joined together for a duet we would’ve only dreamed of before this. They truly are “two of the best we’ve got,” just like Brad Paisley said in his introduction of the performance.

Watch the duet below and let us know what you think of the country stars’ performance in the comments!