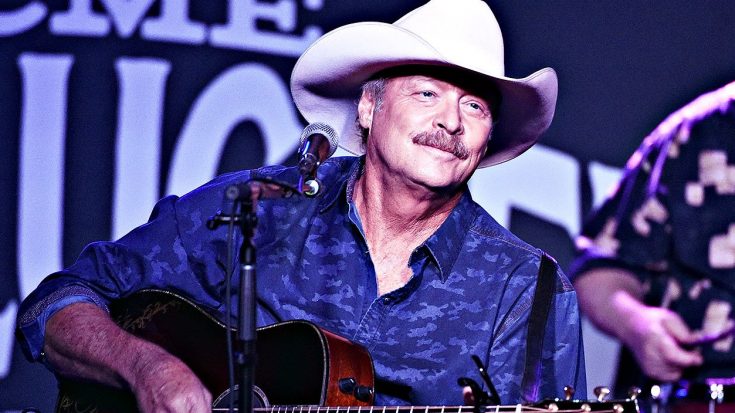 Alan Jackson isn’t a country music legend for no reason! Over the course of his 30-year country music career Jackson has gained a reputation for his professionalism and “keepin’ it country.” Jackson proved just how well he does both when he encountered an unexpected surprise during a recent concert.

While onstage during a concert at the Cajundome in Lafayette, Louisiana, on Friday night (November 3), a drunken concertgoer hurled a can of beer at Jackson. The singer was performing his 1991 hit “Don’t Rock the Jukebox” when the can flew toward his leg. In true Alan Jackson style, he casually lifted his left leg to avoid being hit and kept on singing.

Fans took to social media to share their outrage at the fan who disrespected Jackson.

If you can’t drink and be a happy decent human then DON’T drink, #disrespectful Love how it didn’t phase him, shows what a true legend he is

I would have walked off stage- but Alan Jackson is a CLASS ACT. He’s a Legend.

This isn’t the first time that a country singer was the victim of questionable actions while performing at the Cajundoe. In 2007 an attendee of the Tim McGraw & Faith Hill concert groped McGraw as he walked between the barricade and the stage to greet fans. In 2013, a fan threw Mardi Gras beads at the women of Little Big Town while they were performing.

Regardless of the venue’s history it remains one of the most popular tour stops for country acts.

Watch Alan Jackson gracefully dodge a flying beer can in the video below.