Alan Jackson Performs ‘How Great Thou Art’ At Ryman Auditorium

By Jennifer Pernicano on September 15, 2014
Advertisement 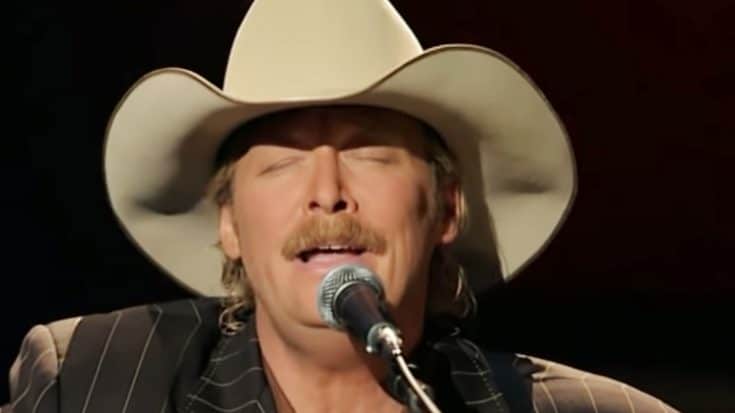 Does it get any better than Alan Jackson singing gospel music? Apart of his thirteenth studio album, Precious Memories, the country music artist gave a modern makeover to the classic gospel song “How Great Thou Art.”

He celebrated his gospel album by performing a concert at the Ryman Auditorium. It was filmed for a television special, which still airs to this day!

Music legend #AlanJackson celebrates his album of gospel classics with a concert in Nashville, including new renditions of traditional hymns and favorites like "When We All Get to Heaven" & "How Great Thou Art". "Alan Jackson: Precious Memories" airs tonight at 7 PM. pic.twitter.com/fQyoXQyJCa

With an acoustic guitar in hand, Jackson performed his breathtaking rendition of the Christian hymn live in an unforgettable performance.

He released Precious Memories back in 2006 and was comprised solely of traditional gospel tune. The album reached number one on not only the Billboard’s Christian Albums chart, but also on Billboard’s Top Country Albums chart as well.

Along with “How Great Thou Art,” the album included the classics “Softly and Tenderly,” “I’ll Fly Away,” “What A Friend We Have In Jesus,” “Are You Washed In the Blood,” and “Blessed Assurance,” among other gospel favorites.

New post (Alan Jackson – Are You Washed In The Blood / I'll Fly Away) has been published on Worship Melody – https://t.co/akAXkLoI7p pic.twitter.com/6r8sQvlszE

You can watch his performance in the video below and be sure to let us know what you think in the comments!