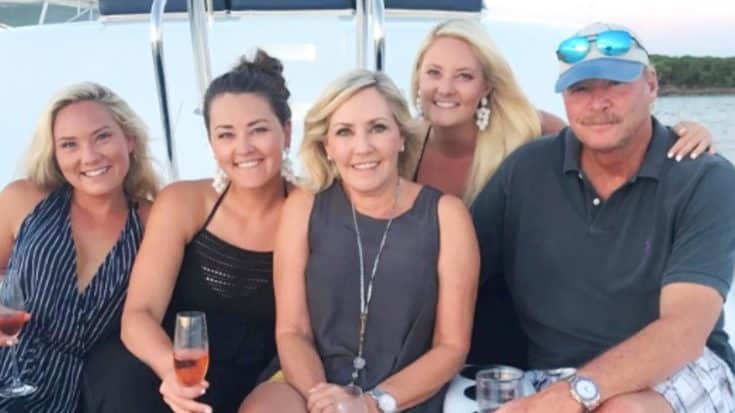 Ever since high school, Alan Jackson knew that his now-wife, Denise was the love of his life. The high school sweethearts married in 1979, and now have three daughters together, Mattie, Alexandra, and Dani.

However, the couple’s relationship hasn’t always been a happy one. They separated for a few months in 1998 due to Alan’s demanding career as well as his infidelity. But the two couldn’t stay apart, so they reconciled, and have remained together ever since.

Jackson has made his wife the subject of many of his songs, including his popular single “Remember When.”

But Denise helped influence many of Alan’s other songs, and not as many people know about them since they were not released as singles.

One of these songs is “Once In A Lifetime Love,” which was released in 2002 on Alans’s highly successful album Drive. The entire album went on to win the Album of the Year award at the 2003 ACM awards, and Rhapsody named the album as the third best country album of the decade.

“Once In A Lifetime Love” was written by Alan himself, and the lyrics encourage others not to lose the ones they love, especially if they think that person is their lifetime love.

You can listen to Alan’s romantic song, “Once In A Lifetime Love” in the video below.

We wish Alan and Denise many more years of happiness together!