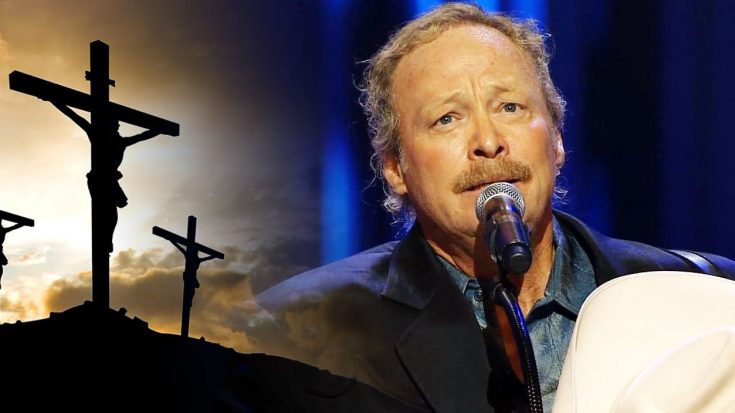 Made famous when legendary Ernest Tubb recorded it in the early ’50s, “Old Rugged Cross” has become a country gospel favorite and recorded many times over by a seemingly endless number of artists.

Remembering the great Ernest Tubb, born this day in 1914.

When Alan Jackson began recording his first gospel album in 2005, he had no idea that he would become the new leader of this legendary track – nor did he realize what a profound impact his version would have on people worldwide.

Critics hailed Jackson’s first take on singing his faith and the album earned the top spot on both Billboard’s Top Country Album chart and their Top Christian Album chart.

In a full album review, Jolene Downs said that Jacksons’ “is one of the most reflective gospel albums [she’s] ever had the pleasure of listening to.” She continued on saying that the album “is a definite must-have” for gospel lovers.

Thanks for a fun night, Melbourne!

The album didn’t issue any singles, but that in no way prevented it from selling millions of albums and has been certified platinum by the RIAA.

When you hear Jackson’s iconic voice dance across the notes of this heartwarming reminder of salvation, you will absolutely melt! Raise your hands for this beautiful gospel classic!