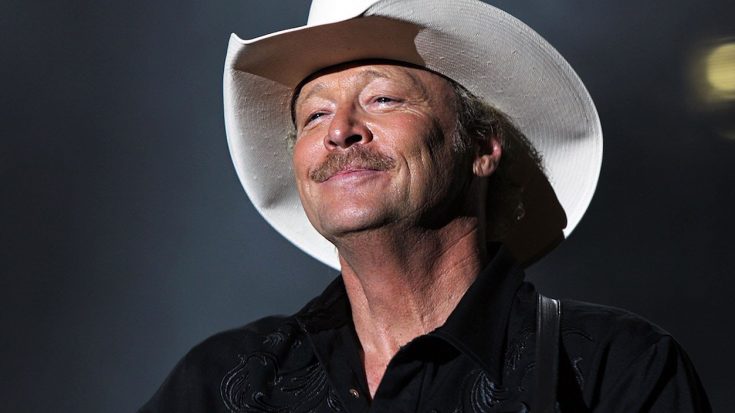 Country music icon Alan Jackson was given a prestigious honor when his legendary self was given the unlikely of body doubles! Following in the footsteps of numerous country stars, Jackson was given his very own wax figurine, perfectly replicating the crooner in his younger years for an exquisite art piece that had fans looking twice!

Jackson posted to his Facebook page to share his newest replica, shocking fans with its intricate detail and uncanny resemblance to the singer. The country masterpiece is displayed for viewing at the world famous Madame Tussauds’ new Nashville location! Jackson’s figurine can be seen rocking a pair of light washed jeans, a neutral button up and, of course, his iconic cowboy hat! Other stars such as Reba McEntire, Keith Urban, Johnny Cash, George Jones, and many more will also be showcased in the wax attraction. While we’re sure that country star Luke Bryan’s wax figurine will most likely not “shake it” for his country fans, we’re confident you’ll be blown away by the fantastic dexterity and attention to detail!

The Nashville location is set to open today! Be sure to snag your tickets and head on over!