Alison Krauss Opens Up About Terrifying Diagnosis For First Time

By Miranda Raye on February 15, 2017
Advertisement 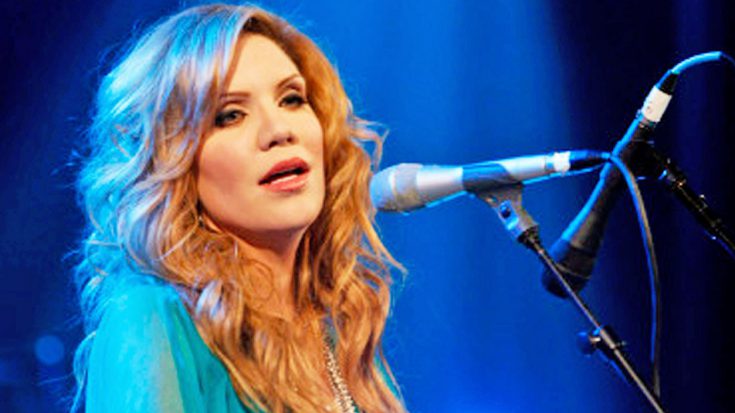 On Friday (February 17), Alison Krauss is set to release her first album since 2011’s Paper Airplanes. Titled Windy City, the album is also her first solo record in 18 years.

Fans picked up on Krauss’ noticable absence from the stage and the studio in recent years. She went on tour with Willie Nelson and Family in 2014, but otherwise didn’t spend much time in the spotlight.

Now, Krauss is finally opening up about the reason behind her long absence. During an interview with USA Today, Krauss revealed that her career nearly came to a halt in 2013.

Once able to sing with effortless ease, Krauss found it impossible to even get one word out on stage. This wasn’t just a matter of stage fright, but something even more terrifying.

“I’d go onstage and it would shut down,” Krauss said, referring to her voice. “In the studio my throat would close up. That was a pain in the neck. Literally.“

Krauss’ doctor diagnosed her with dysphonia, a condition that affects the vocal chords. The National Spasmodic Dysphonia Association website describes the condition as follows:

“A neurological voice disorder that involves ‘spasms’ of the vocal cords causing interruptions of speech and affecting the voice quality. SD can cause the voice to break up or to have a tight, strained, or strangled quality.”

Krauss was forced to cancel multiple performances following her diagnosis. Wanting to regain her voice, she turned to vocal teacher Ron Browning for help. Krauss described her meetings with him as being “like getting a shot in the arm about singing again.“

Thanks to Browning’s help, Krauss was able to finish recording all of the songs for Windy City. One of those songs was her rendition of Brenda Lee‘s “Losing You,” which you can listen to below.

We can’t imagine how scared Krauss must have been after she got her diagnosis. We’re so glad that she’s back now and has new music to share!