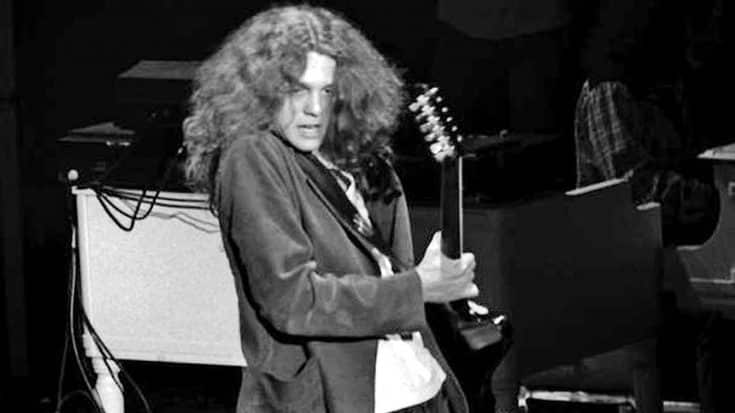 Over the years, Lynyrd Skynyrd has served as the family group for some of the greatest guitarists in rock history. One such guitarist was Allen Collins, who was one of the founding members of the group.

Allen made great contributions to the band over the years, most notably in their iconic song, “Free Bird.” The song is regarded as a musical masterpiece, due in large part to the lengthy and energized guitar solo carried out by none other than Allen.

With Gary Rossington playing the rhythm parts, Allen took the lead on the guitar jam, and played the entirety of his solo on his Gibson Firebird.

If you’ve ever heard “Free Bird” before, then you don’t need us to tell you that Allen absolutely kills his solo. With his immense talent, he soars through each and every note, creating something legendary without the use of any words.

In the book Guitar World Presents the 100 Greatest Guitarists of All Time, Gary remembered what it was like to see and hear Allen play his iconic solo:

“He was bad. He was super bad! He was bad-to-the-bone bad…the he way he was doin’ it, he was just so hot! He just did it once and did it again and it was done.”

While you may have heard Allen’s “Free Bird” solo many times before, we guarantee you’ve never heard it like you’re about to.

The below clip comes from Skynyrd’s original “Free Bird” recording session, but there’s something about it that makes it a unique part of history. In the clip, the audio is isolated so that you only hear Allen playing his solo, and nothing else.

By isolating Allen’s solo, you are able to hear him more precisely than in the finished recording. If you thought Allen stood out in “Free Bird” before, just wait until you tune in to this clip!

No denying it, Allen was a great talent, and there will never be another like him. He’s so dearly missed.