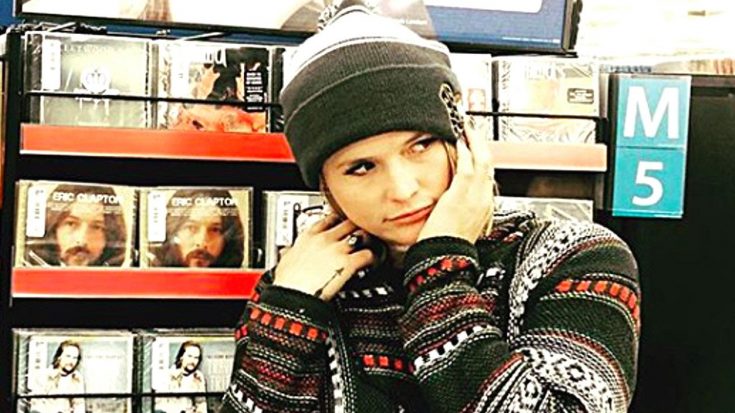 For well over a month now, rumors have been circulating that Miranda Lambert and her boyfriend, Anderson East, have called it quits. Neither singer has confirmed the news, with Lambert’s rep refusing to say anything about the subject when asked by People. East’s rep did not respond.

While Lambert and East never talked about each other much on social media, they did occasionally. But fans were quick to note that neither has said anything about the other online since Lambert posted this photo back in January.

About to watch this Hottie @andersoneast on @todayshow! #happyalbumreleaseday #? #Encore

The breakup rumors intensified in early March when Lambert broke out in a speech about heartbreak leading up to a performance of her song “Tin Man.”

“I want you to feel sad, mad, happy and nostalgic and really pissed sometimes. That’s my favorite. And part of feelings is also heartbreak unfortunately, but fortunately for me, I can use it for my art or whatever.”

Of course, people couldn’t help but wonder if this was Lambert’s subtle way of addressing a split with East. If so, it’s the only thing that either one of them has said about the rumors.

By the time Easter weekend rolled around, the couple was once again noticeably absent from each other’s social media feeds. But Lambert did spend some time with a few other special fellas in her life…her dogs Waylon and Bellamy.

Taking to Instagram, Lambert shared a too-cute-for-words photo of herself snuggling next to her two sweet pups. “Saturday night with my boys… who snore and steal the covers,” she wrote.

Just look at how content Bellamy and Waylon seem all snuggled up next to their mama!

Saturday night with my boys… who snore and steal the covers. #bellamy #waylon #bestfriendsFURever

No matter what she goes through, Lambert knows she can always count on her precious pups for support. She can also always turn to music, which is exactly what she did when she wrote the material for her newest album, The Weight of These Wings.

That album is the one that houses her emotional single “Tin Man.” Tune in to her vulnerable acoustic performance of the song below.