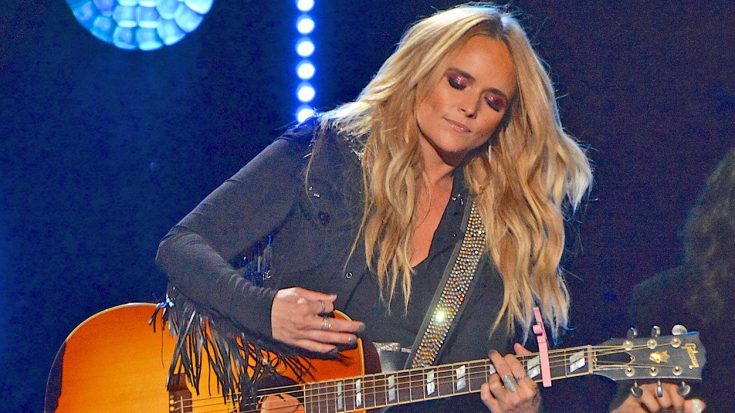 Just 48 hours after the horrific shooting at a country music festival in Las Vegas, Miranda Lambert took the stage at her concert in Edmonton. Prior to the show, she shared a moving Facebook post revealing why she didn’t cancel her appearance – music is medicine.

Her concert was going to be extremely difficult for multiple reasons. It came on the heels of the deadliest mass shooting in modern U.S. history and the day after music legend Tom Petty died.

She invited a young man on stage whose sign in the crowd stood out to her. He said he  just wanted a hug from his favorite singer. So she obliged, and introduced him to the the audience.

“This is Luke, and he wants a hug,” she said. As he walked off the stage, she continued, “We all need a damn hug today, don’t we?“

According to Taste of Country, the award-winning singer needed a little more help than usual to finish her hit song “Over You,” admitting that she would probably “ugly cry” before getting to the chorus.

She also took some time out of her concert to focus on the victims of the Las Vegas Shooting.

“Can we hold up a light for our friends in Vegas tonight?” she asked the crowd before diving into an emotional performance of “Tin Man.”

Lambert proved that music really is healing, no matter how hard it might be to carry on. Watch her emotional dedication below.