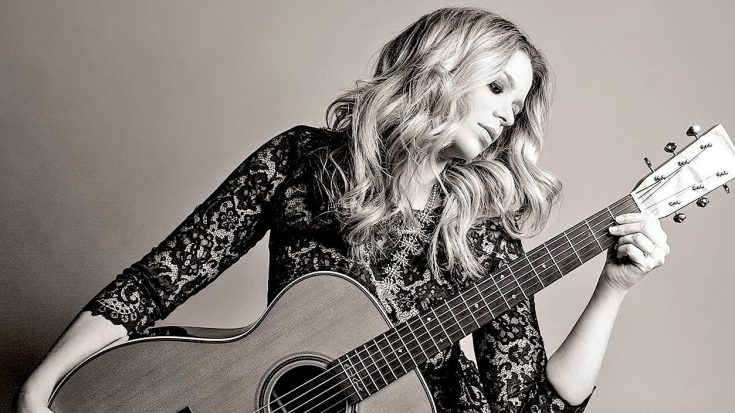 Just a little less than a month after the release of her new album, Ana Cristina Cash is set to perform during a major concert event. As announced via a press release, Cash will be performing on Music City Roots Live from the Factory on Wednesday night (April 12) at 7 PM.

The concert is scheduled to take place at The Factory venue in Franklin, Tennessee. Fans will be able to enter once the doors open at 6 PM. In addition to Cash, the other scheduled performers include Malcolm Holcombe, La Terza Classe, and Kenny and Amanda Smith.

Those who wish to attend the show can purchase tickets at the venue or on the Music City Roots website. Luckily for those who are unable to attend the show in person, it will also be broadcast live online. You can catch that live stream here once the show starts.

Cash is set to perform the brand new material off of her latest record, The Tough Love E.P. Released on March 14, the album is Cash’s first venture into country music. The songs on the album blend distinctively country sounds with those of soul, blues, and rockabilly, resulting in the creation of a truly unique record.

Cash’s extensive vocal range is well-showcased throughout the E.P.’s tracks, especially in her version of John Anderson‘s “Seminole Wind,” which debuted exclusively with Country Rebel. Another one of the album’s standout songs is its title track, “Tough Love Woman,” which places the power of Cash’s voice on full display.

Those who attend or tune in to Cash’s performance on Music City Roots on April 12 are sure to hear the above mentioned songs and many more from The Tough Love E.P. Go ahead and check out Cash’s rendition of “Seminole Wind” below so you get a taste of what to expect.

If you can’t wait until the show to hear the rest of Cash’s new album, then don’t worry. You can download a copy of the record by following this link right here. Hope you enjoy it!