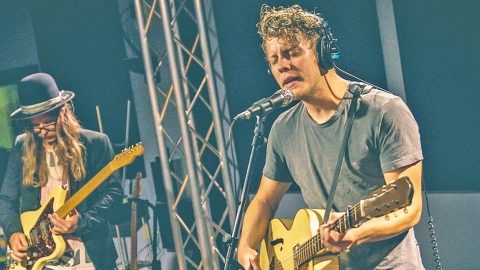 Anderson East is coming to a small screen near you! Okay, so he’s not going to be on a TV show, but he will be featured on the brand new Dodge Ram commercial.

If you have heard any of East’s work before whether it be a live performance or on his debut album Delilah, his take on “Forever Young” is right in his wheel house, transforming Dylan’s somber original into a gritty, working class anthem.

The commercial’s visuals include men working together in different blue collar professions. The full commercial will reportedly air during the NFC championship game between the Green Bay Packers and Atlanta Falcons on Sunday (Jan. 22).

Take a look at a sneak peek of the commercial below.