Archy The Horse Rolls On Ground, Lets Out Series Of Farts 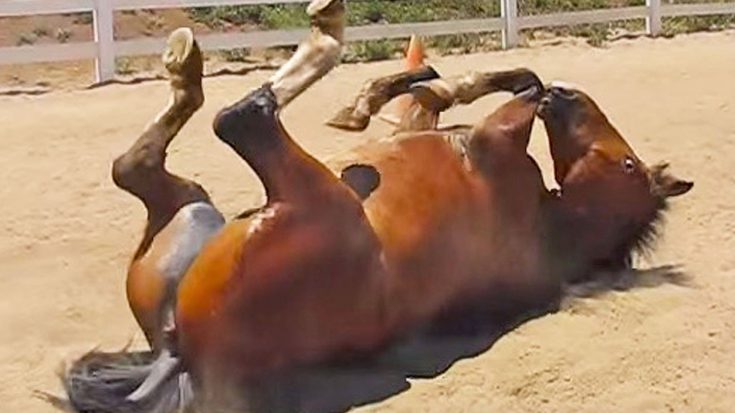 This Horse Is A Real Gas

Everyone does it, even beautiful, majestic horses.

In case you didn’t get it yet, yes, we’re talking about passing gas.

Re-reading my litreview written 2 months ago & just found the fart joke I snuck in & still laughed again & no I won't be taking it out. You can't write kids' history & NOT have fart jokes.#twitterstorians #writinghistory #history@histchild pic.twitter.com/NBpTFXY5R7

One particular horse named Archy at the Rocking Horse Ranch in El Cajon, California just couldn’t hold it in any longer when his owners took him out for a walk.

Getting Some Sweet, Sweet Relief

Archy starts off walking around, appearing as though he’s looking for something. Then suddenly, Archy starts rolling on the ground and lets them rip with absolutely no shame.

After he lets a few good ones pass, it seems that Archy is done, but that’s not so. He looks for another good spot in the pen before he gets down on the ground and starts rolling, and farting, again.

We’re sure that Archy felt much better after he was finished!

It’s hard to believe that Archy’s owners aren’t absolutely beside themselves with laughter!

But once you watch the hilarious video of Archy the farting horse, we guarantee that you won’t be able to stop yourself from laughing!