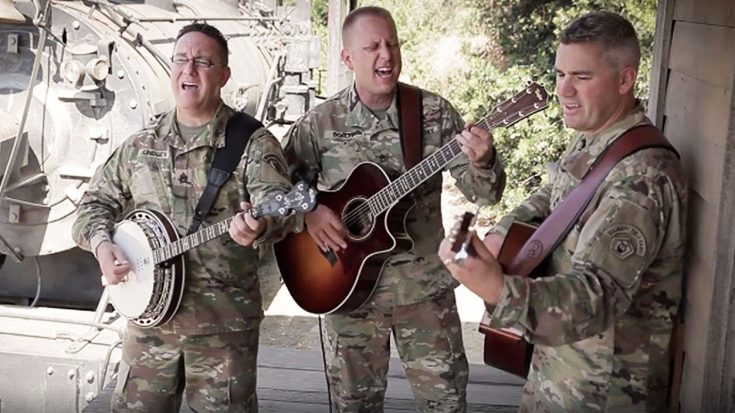 One Allman Brothers hit was given the Army treatment by an exceptional group of performing soldiers that took social media by storm! Known as The Six-String Soldiers, the sensational group has been thrilling viewers with their vibrant personalities and electrifying talent.

Standing before a train, the three men manned their instruments as they began their lively performance of the hit song “Ramblin’ Man” that had fans hooked! Diving straight into their performance, they harmoniously sang, “Lord, I was born a ramblin’ man/ Tryin’ to make a livin’ and doin’ the best I can/ And when it’s time for leavin’/ I hope you’ll understand/ That I was born a ramblin’ man.”

Their one-of-a-kind performance gave a new approach to the tune, leaving fans craving more of their infectious talent. While their upbeat performances perhaps made the Army seem like a jolly time, it was their musical gifts that had fans eager to hear more of their collaborations.

“Ramblin’ Man” was penned by The Allman Brothers in 1972, becoming the debut single on their album Brothers and Sisters. Heavily inspired by country music influences, the song peaked at no. 2 on the charts and has continued to be a staple to the band’s career.

Be sure to watch this exceptional cover below!