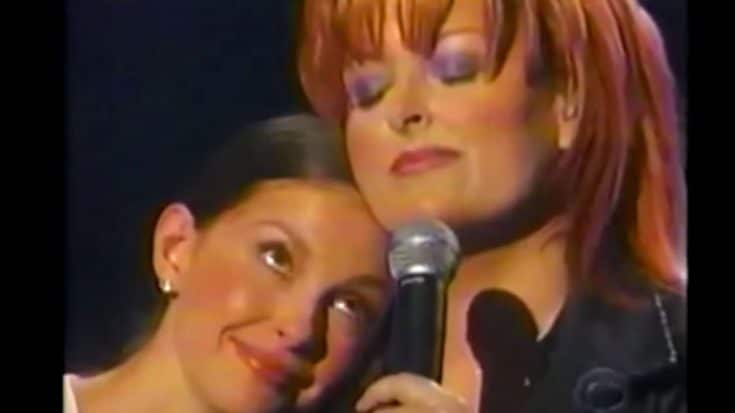 In this amazing performance, Wynonna speaks from her heart.

During a TV special “The Judds Reunion Concert” on CBS, the Judd sisters take the stage for Wynonna’s tribute.

As the piano melody starts, Wynonna Judd walks out opening the first verse. Shortly thereafter, the audience roars as her little sister Ashley Judd joins her on stage.

She sits down next to her little sister and Ashley lays her head on Wynonna’s shoulder as she belts this true ballad about their childhood, all the while photos are shown of them as children on the screens around the venue.

Wynonna, Ashley & Naomi Judd. Naomi was at The Blue Bird one night when I played. She said she liked my guitar case. pic.twitter.com/QQek0nHNcn

After The Judds disbanded in 1991, Wynonna started off on her solo career as a musician. “Come Some Rainy Day” launched in 1997 and it soared to the top of the country charts almost instantly.  In the years that followed, she gained newfound stardom with hits like her cover of “I Want To Know What Love Is”.

Check out this heartwarming video below. There won’t be a dry eye in sight!