By Miranda Raye on December 27, 2016
Advertisement 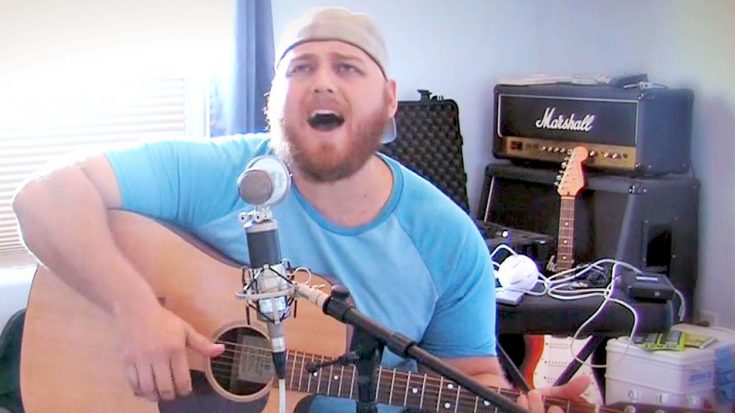 Every Sunday, aspiring country singer/songwriter Mock Jensen sits down and sings covers of some of the greatest songs of all time. He’s put his spin on everything from “Hallelujah” to Miranda Lambert‘s “Vice,” proving his versatility as an artist.

In August 2016, Jensen decided it was time to offer his take on a Lynyrd Skynyrd classic. It was his first time covering a Skynyrd song, and he made a good choice to start off with. The song? “Simple Man,” from Skynyrd’s debut album.

Coming in right behind “Sweet Home Alabama” and “Free Bird,” “Simple Man” is Skynyrd’s third best-selling digital song. Its popularity has resulted in numerous covers over the years from artists such as Shinedown and Confederate Railroad. As you could guess, it is also a popular song for fans and aspiring artists such as Jensen to cover.

But in the sea of “Simple Man” covers out there, Jensen manages to stand out thanks to his powerful delivery. The amount of passion that Jensen put into his performance is unmatched by few except for Skynyrd’s lead singers Ronnie Van Zant and Johnny Van Zant.

Jensen put his whole soul into this performance, and it shows. Sitting in a room in his house with guitar gear behind him, he proved that you don’t need all of the shiny bells and whistles to deliver a stellar performance.

We think Jensen issued a “Simple Man” cover that the Skynyrd guys would be mighty proud of. Why don’t you check it out in the video below and see if you feel the same?

If you love what you hear in this video, be sure to check out Jensen’s other covers on his YouTube page. He also has a Facebook, which you should like and follow to keep up-to-date with his music.