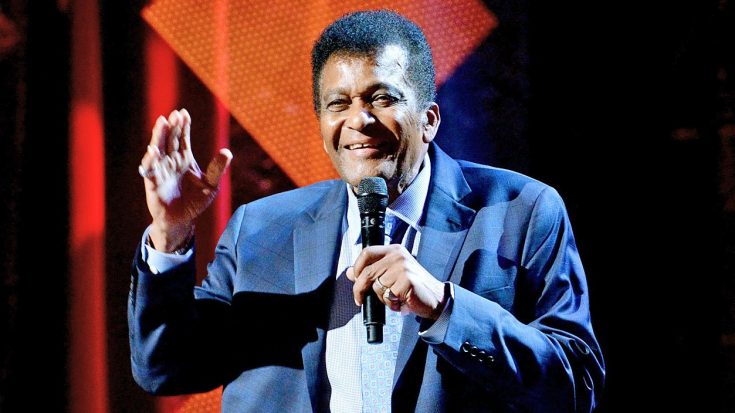 Every year, the Grammys acknowledges a group of outstanding individuals with one of the most prestigious honors any singer can earn. That honor is the Grammy Lifetime Achievement Award, which is bestowed upon artists who have made significant contributions to the music scene throughout their careers.

Country stars have been well-represented in the ranks of past Lifetime Achievement Award recipients. A short list of some country artists who have earned the award include Hank Williams, George Jones, and Loretta Lynn.

Charley Pride is one of the next country stars to join that legendary list of names, as he is one of seven artists to receive the Lifetime Achievement Award in 2017. Pride was honored during a concert celebration that took place at New York’s Beacon Theater in July. The performances from that concert were arranged into one and finally aired on Friday night (October 13).

Neal McCoy honored Pride with a cover of his number one hit “Is Anybody Goin’ to San Antone.” But when it came time for a performance of Pride’s signature song “Kiss an Angel Good Mornin’,” it was Pride himself who took to the stage in celebration of his monumental achievement.

Released in October 1971, “Kiss an Angel Good Mornin'” was the lead single off of Pride’s album Charley Pride Sings Heart Songs. Listeners fell in love with the tune, and sent it all the way to the top spot of the Hot Country Songs chart.

Tune in below to watch a short clip of Pride celebrating his Lifetime Achievement Award with a performance of “Kiss an Angel Good Mornin’.” Then, stayed tuned as he talks about his barrier-breaking career in an interview with Metro Focus‘ Jenna Flanagan.

Congratulations to Pride on this remarkable accomplishment!