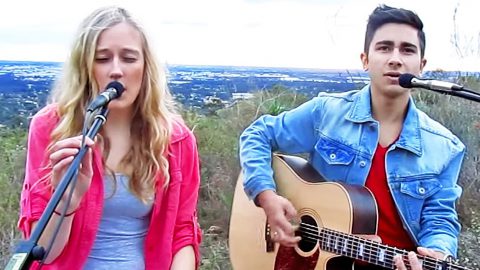 A young couple with a musical bond became internet sensations after their jaw-dropping tribute to Dolly Parton debuted two years ago. The young Australian musicians delivered a heart-stopping rendition of the “Jolene,” earning them a staggering 484,000 views on Facebook alone.

The young couple is no stranger to their covers going viral, with their duet of John Denver‘s “Take Me Home, Country Roads” accumulating over 700,000 thousand views on YouTube. They have been together for almost three years, falling for each other over a shared love for music.

The country-pop singer recently debuted her single “Barricade” which debuted in Top 10 on Australia’s country chart, a song Gallagher is featured playing guitar on.

You can listen to their cover of “Jolene” below.