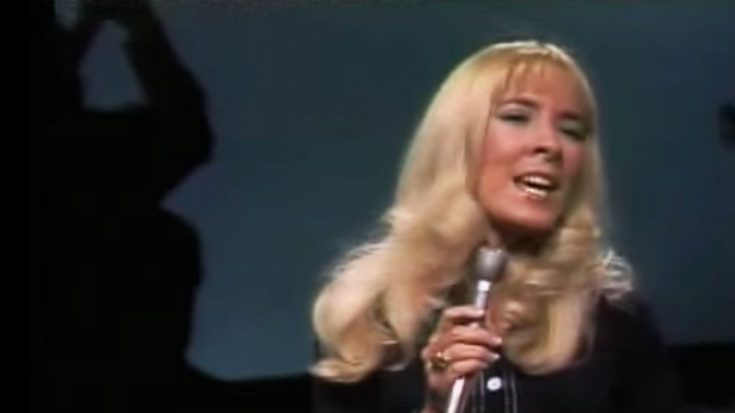 Country singer Barbara Fairchild had been bitten by the music bug from an early age! The talented young star, at the age of 15, recorded her first single and was a regular act on at television show. Upon her high school graduation, the cowgirl saddled up for Nashville to make her musical dreams a reality!

The singer was later signed by Billy Sherrill, the man credited with finding Tammy Wynette. Fairchild went on to record a variety of successful hits that sent her straight into the adoring hearts of country music fans! Perhaps her most well-known hit, her 1973 hit “The Teddy bear Song” was a sad ballad of a woman’s regretful life decision’s and desire to be a mere teddy that lacks complex life problems.

Listen to Fairchild’s heartbreaking song below and tell us what you think!