By Jennifer Pernicano on October 18, 2016
Advertisement 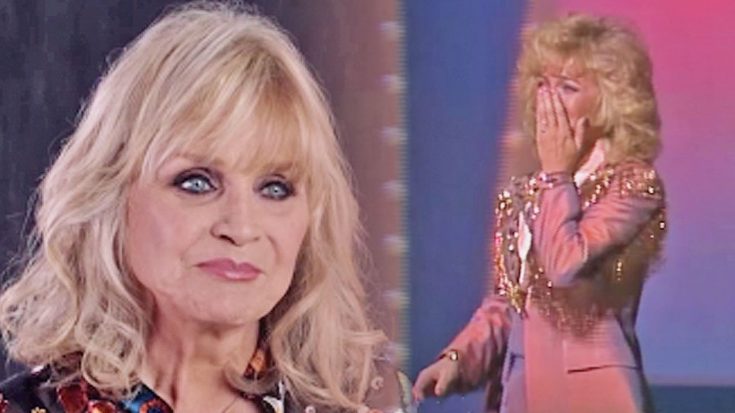 35 years ago, Barbara Mandrell became the first person to win the CMA Award for Entertainer of the Year twice. Since then, there have only been two women to do so, Mandrell and Taylor Swift.

As the CMA Awards celebrates its 50th anniversary this year, the Association has brought in several country stars to watch and comment on their first CMA performance or win.

There’s no surprise why Mandrell was included in this video series, seeing as her CMA wins were historical. She was only the third woman to win the award. Her female predecessors were Loretta Lynn and Dolly Parton.

Looking back on her historic win, Mandrell is still speechless. Winning the coveted Entertainer of the Year award was incredible once. When she was nominated for a second year in a row, she was just happy to be included.

“The first year that I won it, I don’t really have the words to describe to you what that felt like. It was just the greatest,” she said. “The next year, I truly was so honored to be nominated again because that made me feel special. But no one had ever won it twice, so I didn’t even consider. It didn’t occur to me.”

The video cut to her emotional reaction to winning the award the second year in a row and she began to get choked up.

“When I won it the second year, it was like… it was just, like right now. It’s taking my words away. There’s no description I have for you, it was beyond words. It was spectacular,” she said with tears in her eyes.

It was such an incredible moment to watch and now, 35 years later, she still gets emotional. It just shows you how much it really meant to her. Watch her talk about her emotional wins below.