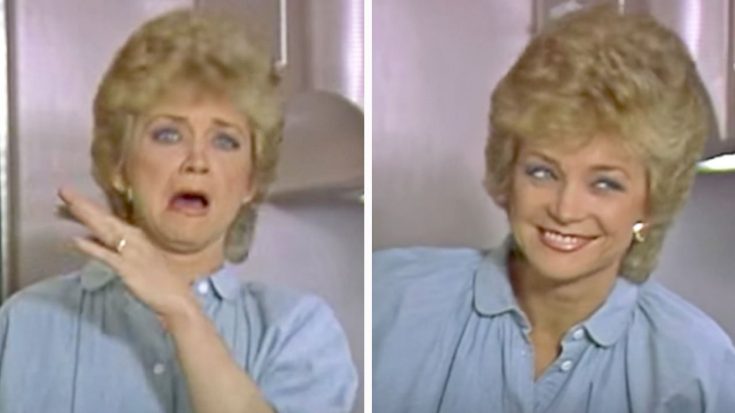 We first fell in love with Barbara Mandrell many years ago because of what a talented singer and instrumentalist she was. When she and her sisters landed the Barbara Mandrell and the Mandrell Sisters variety show, she was able to show off her funny side.

She proved herself as an excellent host with her impeccable comedic timing and story-telling ability. In 1984, Dick Clark Productions caught up with countless celebrities to tell their hilarious jokes for a segment called “Funniest Joke I Ever Heard.”

Mandrell proceeded to tell a story about man who just got a brand new hunting rifle and couldn’t wait to use it. He headed for the woods and when he saw a sign that said “No Hunting! Violators will be prosecuted,” he disregarded it and continued walking to the perfect spot.

“He went over and threw his rifle over his left shoulder, and threw the deer over his right shoulder and headed back out of the woods,” she said. “Just when he was getting back to his car, there was the game warden leaning up against his car waitin’ on him.“

She explained that the game warden asked the man what was on his shoulder. “My rifle,” he responded. “What about your other shoulder?” he asked.

Watch the video below to watch Mandrell’s hysterical delivery of the punchline.