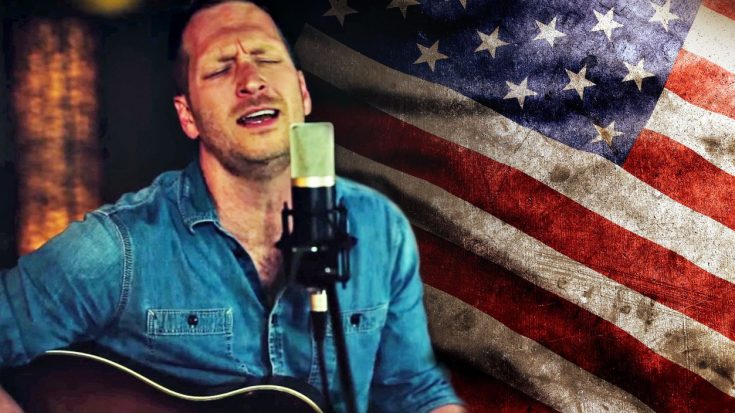 The stellar and outstanding finalist from The Voice has returned with a heartbreaking power ballad that truly delivers.

Taken from Barrett Baber‘s newest album, A Room Full Of Fighters, this poignant song that immortalizes the story of a man who gave his life for the country he loved and encapsulates the emotion in such a way that any listener will easily be brought to the edge of tears.

Written by Baber and Kenny Lamb, the heartfelt song details the incredible story of a soldier killed in action during a tour in Iraq, Staff Sergeant Robert Ryan Pirelli. He had been given instructions to build an outpost in hostile territory. This outpost shielded many fellow soldiers both during Pirelli’s time there and stood the test of time, protecting even more soldiers long after he was killed in 2007.

Baber spoke briefly about his song, “Still Stands” – which references the steadfast essence of the outpost Pirelli established, saying, “When I heard the story of Staff Ssgt. Rob Pirelli, and how, through the outpost he built to protect his fellow soldiers, his legacy remained long after his ultimate sacrifice, I was moved at the depth of this very personal, human story. I’m proud to have been able to tell his story in song, and proud that the song has been included in the documentary “Danger Close”, an inspiring film that takes you into a world seldom seen by those of us at home.”

Listen to Baber’s emotional tribute to Pirelli in the video below and you’ll easily understand how deeply moved he was by Pirelli’s devotion and sacrifice.