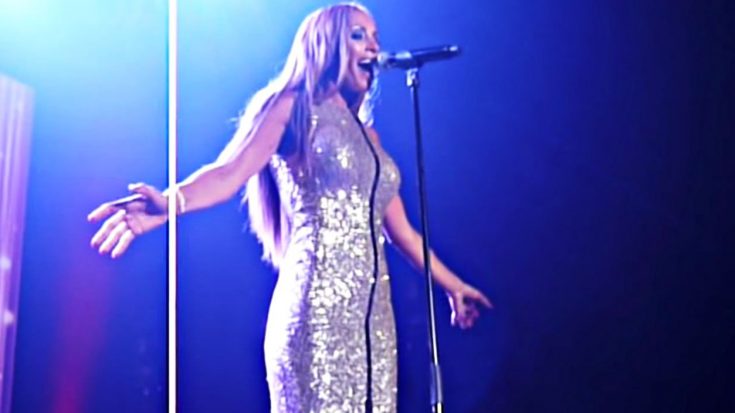 Many have hailed this Dutch singer as a reborn version of the legendary pop icon, saying she sounds identical in a flurry of online comments – and even more have flocked to her concerts to hear her belt out some of the biggest hits of Whitney Houston‘s career.

Taking on the emblematic and biggest hit of Houston’s legacy, The Netherland’s own Glennis Grace delivers one of the best and most pure performance’s of “I Will Always Love You” that the world has ever heard.

This iconic pop hit was first a No. 1 country hit for Dolly Parton – the musical mastermind behind the tune, and it has continued to be an important part of both country and pop music’s culture in the decades since they released their versions.

While Whitney Houston’s rendition is most-widely known because of its use in the movie The Bodyguard, Parton says she has no problem with it at all – saying that she adores the Houston version and is tickled that she recorded it.

Glennis Grace’s voice is a near-identical replica of the late Houston and, as such, she has spent much of her life playing gigs that are constantly fielding requests for her to sing one of Houston’s hit songs.

In the video below, Grace dons a dress very similar to one worn by Houston during a famous performance of the song and belts out her best performance of “I Will Always Love You.”

Give the video a watch and let us know what you think the comments below!