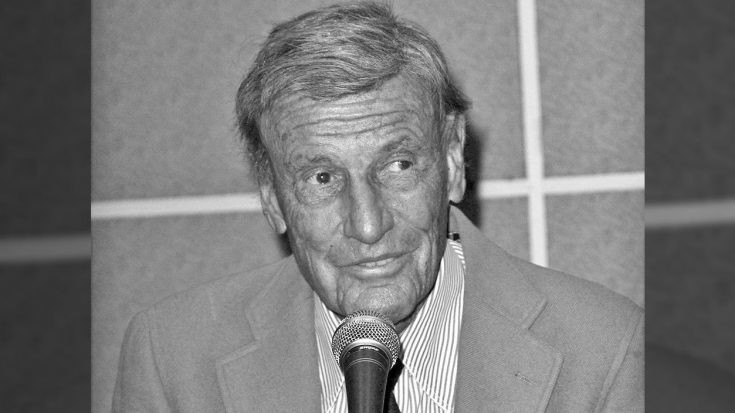 Widely known for his work in several Western flicks, but also his role in the movie The Six Million Dollar Man, beloved actor Richard Anderson has passed away at the age of 91.

His career began in 1949 with a small role in 12 O’Clock High and soon became a main player for MGM. Over the years, he’s acted in the films The Vanishing Westerner, Across the Wide Missouri, Scaramouche, The Ride to Hangman’s Tree, The Gunfight at Dodge City, and so many more.

He appeared in well over 70 films and TV shows between 1947-1998. According to IMDb, his last work was on a project called The Blood Trail in 2015. Before that, he hadn’t appeared in anything since the late 1990s.

He is most known for his role as Oscar Goldman in the TV Movie The Six Million Dollar Man, which performed so well it was turned into a weekly series. That show’s popularity led to the spinoff show The Bionic Woman, and Anderson acted in both shows simultaneously.

According to Fox News, his family spokesman Jonathan Taylor told the Associated press that he passed away from natural causes.

Anderson is survived by his three daughters, Ashley, Brook and Deva. We will keep Anderson’s family and friends in our thoughts and prayers during their time of mourning.