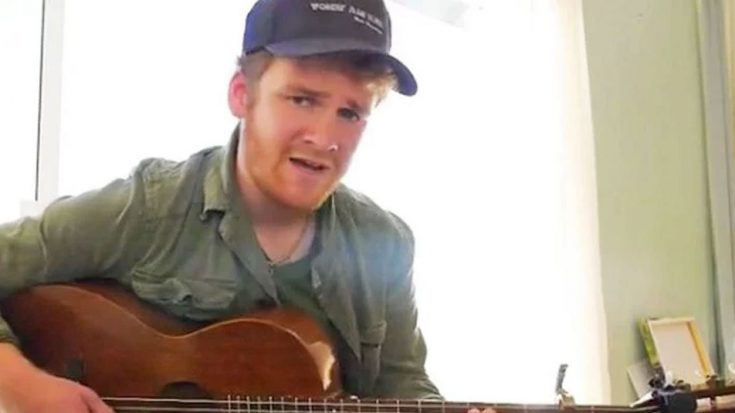 When people think of Merle Haggard, they often think of his mega-hits such as “Mama Tried” and “If We Make it Through December.” But after 53 years of performing, Merle built up an impressive catalog that extends far beyond his chart-topping hits.

It says a lot about Merle’s talent when even his lesser-known songs still found spots on the charts. One such song was “Almost Persuaded,” which fell just short of the Top 50 on the country chart after Merle released it as a single.

“Almost Persuaded” has been a country music staple for generations. The song was written by Glenn Sutton and Billy Sherrill and was originally recorded by David Houston in 1966.

The song is told from the perspective of a man who finds himself attracted to a beautiful girl at the bar. Instantly drawn to her, he gets up and starts dancing with her. As they dance, he catches the reflection of his wedding band in her eyes. Remembering his vows to his wife, the man leaves the beautiful girl behind and returns home.

Besides Merle, other artists who have covered the song over the years include George Jones, Tammy Wynette, and Tanya Tucker. Now, Merle’s youngest son can add his name to the list of those who have offered up a rendition of “Almost Persuaded.”

Ben Haggard is quickly making a name for himself in country music. A talented singer and guitarist, he first started playing guitar in his dad’s band when he was only 15 years old. Prior to Merle’s death, Ben would frequently honor him on Instagram by singing short covers of some of his greatest hits. Since Merle passed away, Ben has joined his other brothers and his father’s band The Strangers for various tribute concerts and performances.

He’s kept the Instagram covers coming as well, and has started singing some of Merle’s lesser-known songs. To kick off the New Year in 2017, Ben honored his father with a riveting rendition of “Almost Persuaded.”

Once you listen to Ben sing in the clip below, you’ll be completely persuaded by his immense talent. Like his father, he knows how to connect to a song in order to best bring out its underlying emotions. That’s one of the top qualities that sets great singers apart from the good ones.

Anytime a singer is able to give you chills with the sheer power of their voice, then you know you’re listening to something special. Ben has that exact sense of power. You’re likely to have goosebumps the entire time you listen to him sing “Almost Persuaded.”

Go ahead and click on the clip below to see Ben’s outstanding tribute to his father. We’re sure Merle would be so proud.