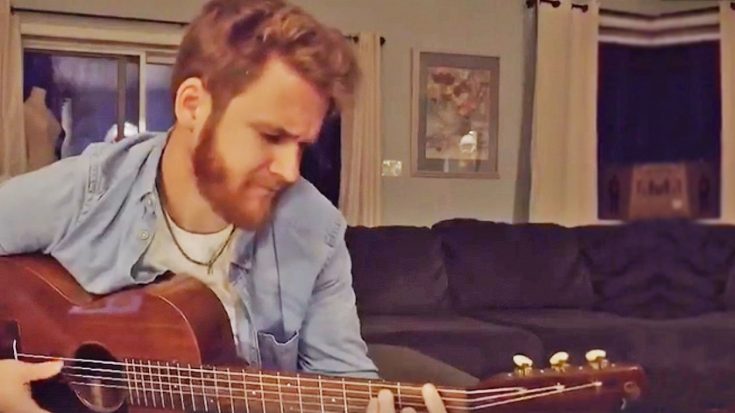 Ben Haggard brings his father back to life with a powerful rendition of Merle’s “Are the Good Times Really Over (I Wish a Buck Was Still Silver).”

Staying true the lyrics, Ben recorded his rendition of father’s classic in a simple living room setting, allowing nothing to distract the viewer from his strong vocals. The singer uploaded the video to his Facebook account attached to the question, “Are they?”

Ben is the youngest son of the late country music legend. He played guitar for his father up until the untimely death of Merle in April of 2016. Ben, now 23 years old, continues touring alongside his brothers and The Strangers, finishing out his father’s tour.

“Are the Good Times Really Over” was written and released by Merle in 1982 as the third single of his album Big City. The song tells the story of a man lost in a desire to travel back to the “good times” when life was much simpler. The song was well received, reaching No.2 on Billboard’s Hot Country Singles as well as No.1 on the Canadian country chart.

You can watch Ben’s rendition of “Are the Good Times Really Over” in the video below and be sure to let us know what you think in the comments!