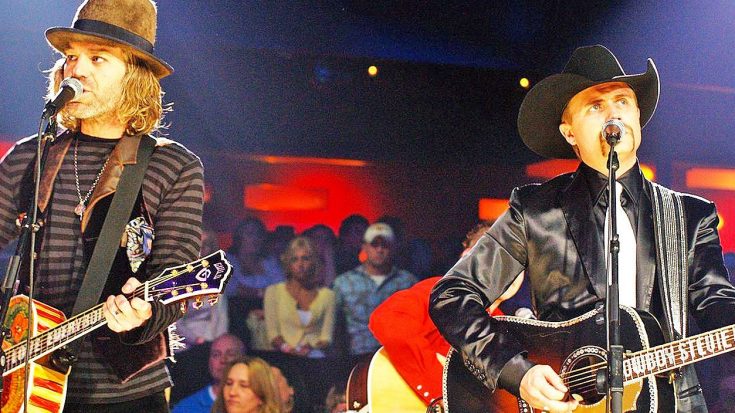 You definitely have never heard Big & Rich like this before! America’s favorite country music duo took on Wille Nelson and Ray Charles’ iconic “Seven Spanish Angels” with an unearthly result.

Big & Rich’s tear-jerking performance came about as part of the 2013 CMT Outlaws televised special. The country duo was at the top of their game, pouring emotion into their performance of the powerful song.

The iconic duet tells the story of a Mexican outlaw and his wife on the run from the law. When the couple realizes they have reached the end of their rope, they make a decision to fight the lawmen and prepare to ride or die hand in hand. The man is shot and killed shortly into the battle, prompting his wife to make a heartbreaking decision.

“She said, ‘Father, please forgive me/ I can’t make it without my man’,” they sang. “And she knew the gun was empty/ And she knew she couldn’t win/ But her final prayer was answered/ When the rifles fired again.”

“Seven Spanish Angels” was released by Nelson and Charles in 1984, going on to soar the charts on an international scale.

You can hear Big & Rich’s cover of the iconic duet below.