By Manly Bryant on September 7, 2016
Advertisement 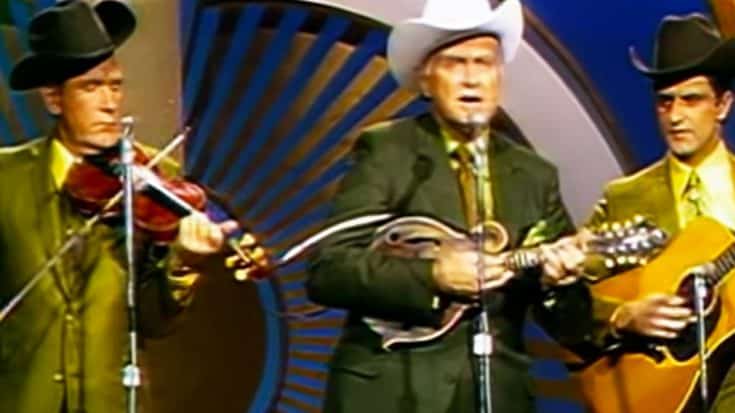 While the bluegrass sound played a key role in the uprising of the so called “country” genre that has continuously been modernized throughout the years, it’s important to remember the roots in where you originated. Although country music today tends to lean towards various pop elements, many classic, southern folk prefer to appreciate the original sound that came to be. And who better to showcase that than the father of bluegrass himself, Bill Monroe?

Leading in a tight knit band known as the “Blue Grass Boys” featuring well-known music prodigy Earl Scruggs amongst other members, Monroe’s authentic sound captured the ears and approval of many! They’re impeccable blend of various instruments and voices served as a trailblazing trademark that brought their “bluegrass” sound to the top.

The boys continued to showcase their original sound, recording a variety of iconic hits for their newfound genre, such as the iconic “Blue Moon Of Kentucky”. The tune continued on well beyond its years and  has successfully snagged the title of Monroe’s biggest success.

While the bluegrass sound isn’t as popular it was once was, it remains with a loyal following and an occasional, musical reference in the instrumentals of hits tunes, both old and new. Regardless, this sound can only be appreciated in a first hand nature. Fortunately, the legendary “Blue Grass Boys” had the pleasure of gracing “The Johnny Cash TV Show” with an incredible, live performance of Monroe’s widely referenced success.

Sporting a pristine, white cowboy hat and a suit showcasing various shades of green, Monroe gives his audience a taste of just what they’ve been longing for!

Be sure to give the performance a watch below!