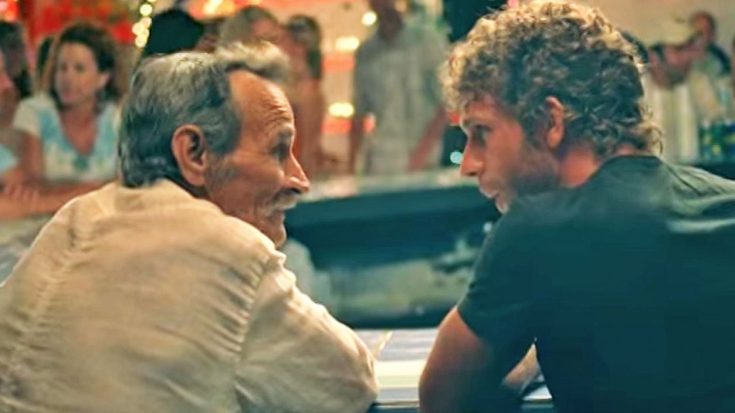 Currington had been “Doin’ Something Right” since he released his debut single in 2003. Over the course of six years, he managed to rake up two number one hits and several other chart successes.

Then came 2009, and Currington found himself back at the top of the charts with “People Are Crazy.”

A Story Worth Remembering

Written by Bobby Braddock and Troy Jones, the song follows the narrator as he walks into a bar and meets an old man sitting there. The two hit it off, and get to talking about everything from politics to religion. At some point in their conversation, the old man proclaims that, “God is great, beer is good, and people are crazy.”

After some time passes, the narrator opens the newspaper one day and sees an obituary for the old man he met at a bar. That’s when he finds out that the man was a millionaire, and he left his fortune to “some guy he barely knew.”

That guy turns out to be the narrator, who lives the good life thanks to the old man’s generosity. At the end of the song he honors his friend by visiting his grave and leaving a six pack there for him, saying that, “God is great, beer is good, and people are crazy.”

Telling The Tale Through Video

The music video for the song is basically a straight depiction of the story that unfolds in the lyrics. Currington can be seen walking through a tropical paradise with a beautiful girl, who later joins him by his side when he goes to visit the old man’s grave.

The girl is also present in the bar scenes, and sweetly asks the old man to get up and dance with her, much to his delight.

Although the song has a sad end, it is by no means a tearjerker. Instead, it’s a more lighthearted piece about a friendship between two strangers. The music video keeps up that same carefree feeling, which is what makes it such a joy to watch.

So kick back, relax, and enjoy watching the music video for “People Are Crazy.” This will always be one of our favorites, how about you?