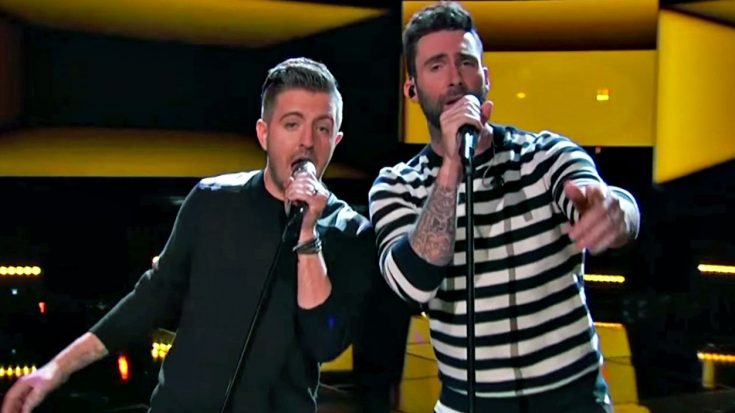 This once-in-a-lifetime event took place on national television and surely left thousands of viewers swimming in a pool of memories as they listened to this classic song from 1957!

One of the strongest contestants this season, Billy Gilman once was at the top of the country charts when he was just 11-years-old. Sadly, the transition from child star to adult performer is a difficult one to make, and he later found himself searching for a way to get back into spotlight.

To everyone’s excitement and surprise, Gilman has stolen the show night after night on this season of The Voice and this performance with his coach, Adam Levine, is no different!

Delivering a dazzling duet of a timeless song during the two-episode finale of 2016, Gilman and Levine obviously made an impression on everyone watching.

Singing The Everly Bros. 1957 hit, “Bye Bye Love” these two easily captured the heart of the audience and other coaches and contestants alike!

Watch this impressive revival of a classic hit in the video below!