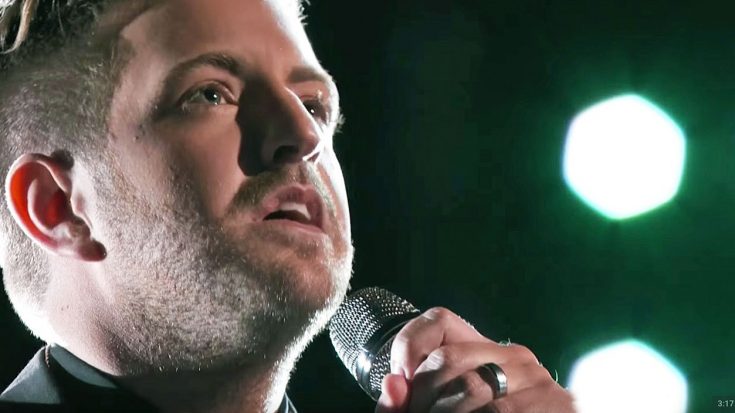 Week after week on The Voice, Billy Gilman has shown that he has what it takes to win the whole thing. But it was his performance of an Adele hit on Monday night’s (November 21) show that truly set him apart from his competitors.

Monday night wasn’t the first time that Gilman wowed the coaches with one of Adele’s songs. He performed her single “When We Were Young” for his blind audition, which captured the attention of all four coaches. He ended up choosing Adam Levine, and has remained with him throughout the competition.

Although Gilman first found fame at age 11 with his country hit “One Voice,” he’s taken a much different approach to his music selections on The Voice. Instead, Gilman has traded country for pop and rock covers, and his choice has paid off.

But perhaps the best choice he made so far was singing Adele’s global hit “All I Ask of You” as he aimed for a spot in the Top 10.

Standing at the front of the stage right next to the audience, Gilman sang softly into the microphone with tears in his eyes. Although his performance was more toned down than his previous week’s rendition of a Queen classic, it still allowed him the oppertunity to showcase the power of his voice.

The greatest sense of power came through in the amount of emotion Gilman poured into his performance. It’s clear that the song resonated with him, because he was visibly emotional throughout the performance, especially at the end. Any good artist would tell you that a sign of true talent is having the ability to channel real emotions into a performance.

There’s no doubt about it, Gilman is the real deal, as he proved with this Adele cover. Go ahead and watch it in the clip below.