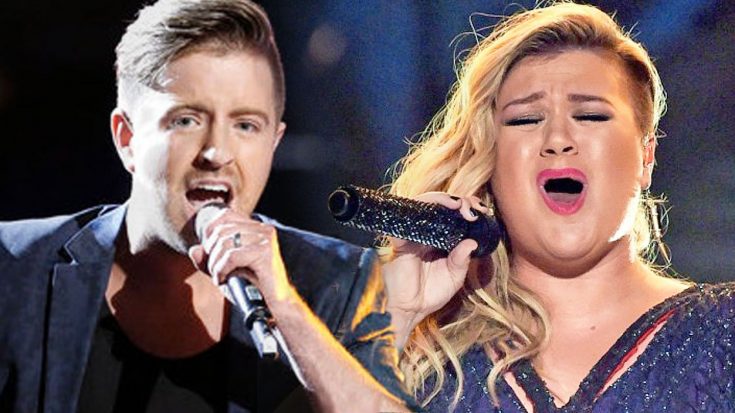 Before Carson Daly can announce who is the Season 11 champion of The Voice is on Tuesday (Dec. 13), each finalist will be performing with a superstar act.

It was revealed on Friday (Dec. 9) that frontrunner Billy Gilman will be sharing the stage with American Idol champion Kelly Clarkson for a duet.

While on the red carpet for Monday night’s (Dec. 12) finale, Gilman caught up with AfterBuzzTV and spilled some secrets about his upcoming performance with Clarkson, including which song they will be singing.

“[The] song that is so brilliant. It’s from a concept record from the show Hamilton, the broadway play. Amazing. I can’t wait for you to hear it. It’s gonna be so great,” he said. “And she sings so great and she’s such a beautiful person inside. She’s great. I mean, I’m so honored!”

The song they performed was “It’s Quiet Uptown” from the musical Hamilton. Clarkson recorded her own, heartbreaking version of the song for the Hamilton Mixtape, which features other famous singers performing the music from the award-winning musical.

Gilman and Clarkson’s voices are so different, but they sound absolutely incredible together!