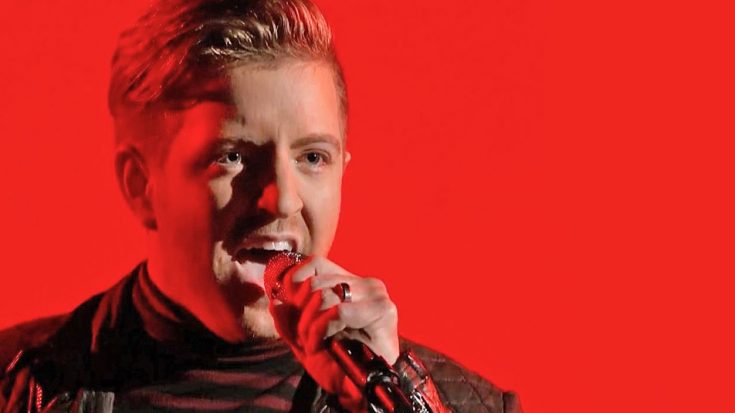 From the second he stepped on the stage for his blind audition, Billy Gilman established himself as the one to watch on The Voice this season.

After the former country music child star turned all four of the coaches’ chairs he decided on Adam Levine as his coach. He’s remained on Levine’s team ever since, and together they may just be able to snag the winning title.

After battle rounds, knockouts, and one week of lives, Gilman made it into the Top 12 on The Voice. Determined to make it to the finish line, Gilman brought his A game to his performance during the second week of lives.

Gilman has tried to seperate himself from his country roots during his time on The Voice. Still, it came as a huge surprise when he selected Queen’s “The Show Must Go On” as the song he wanted to sing on Monday night’s (November 14) show.

But for Gilman, the choice was easy. The song has always held a special place in his heart because he can relate to its message.

“This song really captures the history that I’ve had, the struggles,” he said. “This song was my defense mechanism.”

Gilman’s passion for the song poured into his performance, during which he showed off his incredible range. He ended up delivering a compelling performance that brought the entire crowd to its feet.

Levine was in utter awe as Gilman performed, and lavished praise on him once he was finished. “I just think that when you hear something like this happen on this stage…and I just feel like, what could possibly epitomize the show more than someone that sings the way you do?” he said.

There’s no doubt about it, Gilman has one powerful voice. We think he could win this thing, don’t you? Check out his cover of Queen’s “The Show Must Go On” and see what you think then!