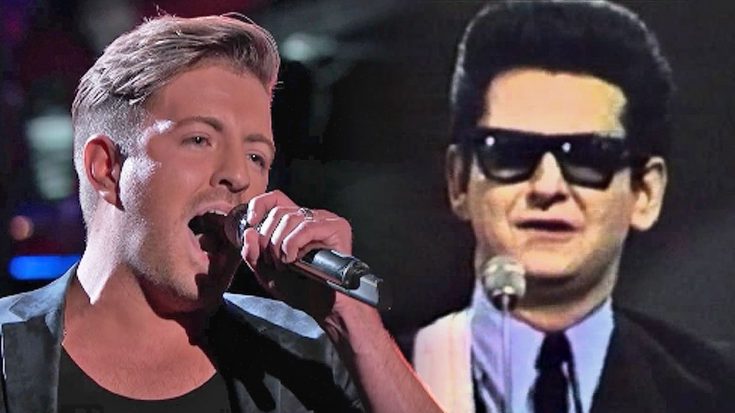 Billy Gilman has been crushing the competition on The Voice since the moment he sang his first note during the Blind Auditions.

He has proved he is in it to win it with incredible performances of Adele’s “When We Were Young“, Michael Jackson’s “Man in the Mirror“, and Rachel Platten’s “Fight Song“.

NBC’s Emmy-winning singing competition kicked off the first live shows of the season Monday night (Nov. 7) and Gilman certainly continued his reign as a frontrunner with a practically perfect performance of Nashville legend Roy Orbison’s “Crying”.

The show’s format was a little different from previous seasons due to the presidential election Tuesday night (Nov. 8). America was able to save two artists from each team by voting on social media throughout the night. Each coach then saved one more member of their team to advance to the Top 12.

Thanks to his stellar previous performances and his incredible rendition of “Crying”, America voted Gilman through to the Top 12 show, which his coach Adam Levine and fellow coach, Blake Shelton, called a “no brainer”.

You will be “crying” if you don’t watch his incredible performance below.