By Miranda Raye on June 3, 2016
Advertisement 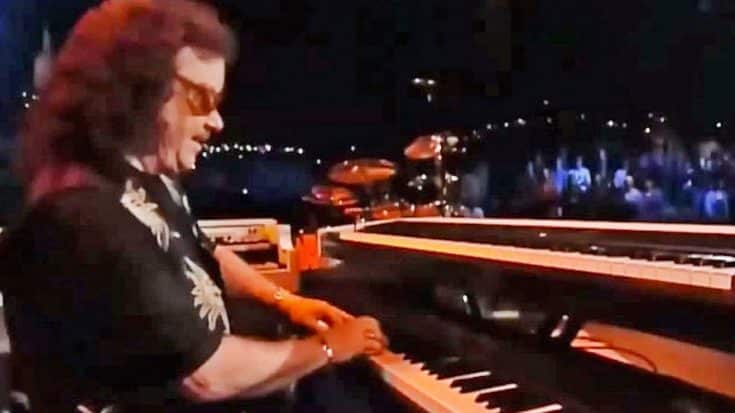 A Key Player In Skynyrd’s Equation

While a large part of Lynyrd Skynyrd‘s framework is its three talented guitarists, another essential piece of the puzzle is its keyboardist, who up until his death in 2009 was a man by the name of Billy Powell.

Sitting in my recliner listening to Billy Powell tickle the ivories, man alive did he add a lot to Skynyrd.

Just as much as anyone else in the band, Billy was responsible for giving Skynyrd’s songs their signature sound. After all, who can forget his standout piano parts in songs like “Sweet Home Alabama?”

Billy started off working as a roadie for Skynyrd for a few years before lead singer Ronnie Van Zant overheard him playing on one occasion.

From that moment on, Billy became one of the most valuable and beloved members of the band, stunning crowds everywhere with his command of the keys.

A Solo Showcase Of Talent

When Skynyrd reunited following the plane crash of 1977, Billy was happy to be back, and he had the chance to entertain a whole new generation of Skynyrd fans with his unique talent. During an intimate show for an Austin City Limits crowd in 1999, Billy showcased the exact reason why he caught Ronnie’s eye so many years ago.

With the rest of the band off the stage, Billy decided to sit down in front of his piano to keep the crowd entertained. Instead of playing his part to a Skynyrd song, Billy took his solo moment to completely improvise what he played.

This majestic performance made it clear how talented Billy truly was. With his hands flying over the keys at the speed of light, he delivered a performance that sounded a little bit rock, a little bit classical, and even a little bit bluesy.

After Billy died, Skynyrd wrote and recorded a song in his honor called “Gifted Hands. No truer words have ever been said about the man who had immense talent packed into every fingertip.

You can watch Billy’s outstanding improv solo from 1999 by tuning into  the video below. He’s so dearly missed.