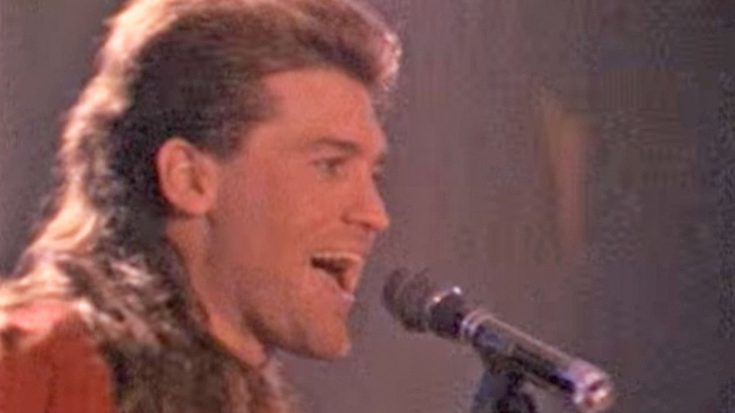 Over twenty-five years ago, Billy Ray Cyrus was catapulted into fame with his record-shattering debut single, “Achy Breaky Heart.” The song was an instant hit, going on to become the only song in history to ever achieve triple Platinum status in Australia in addition to propelling line dancing into mainstream culture.

Matching the success of the single, CMT named the video for “Achy Breaky Heart” number 23 on their list of “Top 500 Country Music Songs.” The video featured the singer and his signature mullet singing the country song to a packed crowd of screaming women vying for his attention.

You can watch the video for “Achy Breaky Heart” below.