By Jennifer Pernicano on July 22, 2016
Advertisement 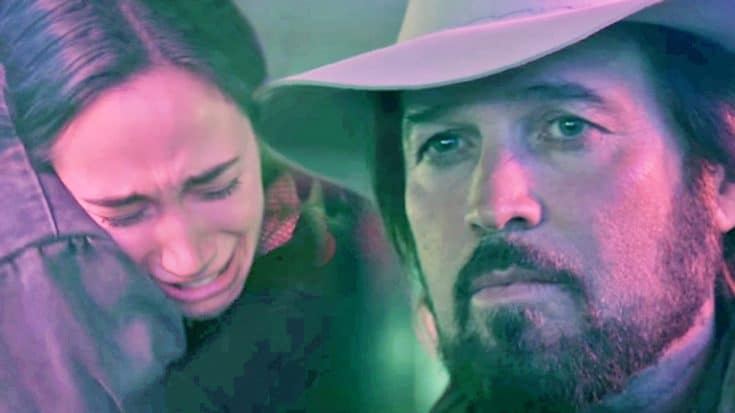 Black Stone Cherry is as Kentucky as they come, and proud of it.

In their latest music video for their song “The Rambler” they knew they had to get a fellow Kentuckian to star in their music video.

He plays a traveling singer (The Rambler) trying to reconnect with the daughter he left many years before. He pens a letter to her and sets out on the road to find her.

Eventually, he discovers her working as a bartender and becomes a regular. The Rambler tries many times to give her the letter he wrote, but fails every time.

In the letter, he tries to explain who he is, why he left, and apologize for it all.

At one point, the daughter gets in an argument with her boyfriend, which leaves her in tears. The Rambler offers his shoulder to cry on and a bandana to wipe her tears, but chooses not to tell her who he is and instead, fades away into the night.

When he doesn’t return, his daughter looks for him, and we think she somehow knows his true identity.

“The Rambler” is the last track on Kentucky, Black Stone Cherry’s most recent album. You can hear them perform it on their Carnival of Madness Tour.

Although Billy Ray Cyrus won’t be at each performance to bring the song to life, he will be coming out with his own new music soon, so maybe Black Stone Cherry will return the favor in an upcoming video!

Cyrus’ upcoming album, Thin Line, is now available for preorder on Amazon and iTunes and will be released on September 9.

If you choose to preorder the album, you will receive and instant download of two tracks, “Hey Elvis”, which features legendary rocker Glenn Hughes and “Tulsa Time”, which features Aerosmith guitarist Joe Perry. Watch the powerful video below.