By Jennifer Pernicano on October 6, 2015
Advertisement 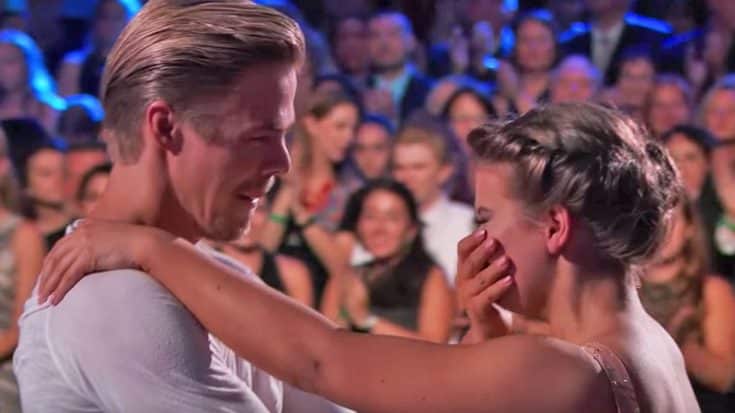 Every year, Dancing With The Stars has a week of competition dedicated to each competitor’s “Most Memorable Year.” When Bindi Irwin competed in Season 21, she chose 2006, the year her father, Steve Irwin, passed away.

“It’s been nine years,” she said in the pre-taped package before her performance. “And I’ve never really dwelled on that point when he did pass away. I think that I’m ready to kind of tell that story.”

Her mom Terri, who was in the audience every week, commented on her daughter’s strength during their family tragedy when she was just eight years old. “Bindi was so strong at the time, but when you love someone that much it’s like totally losing a piece of your heart. You’re really not going to get over it,” she said.

During rehearsals, she broke down when a dance move reminded her of something she used to do with her father.

“I wish that he could fully understand what he’s done for me, and that I miss him,” she said.

She and her partner, Derek Hough, delivered an incredible tribute to Steve. They beautifully told Bindi’s story of losing her father and there wasn’t a dry eye in the audience.

She had been leading the competition up until this point, but this dance really put her on top. She received the first 10 of the season, and earned the highest score of the competition thus far. Bindi went on to win Season 21, and honored her father right up until the end.

Watch her emotional tribute below.