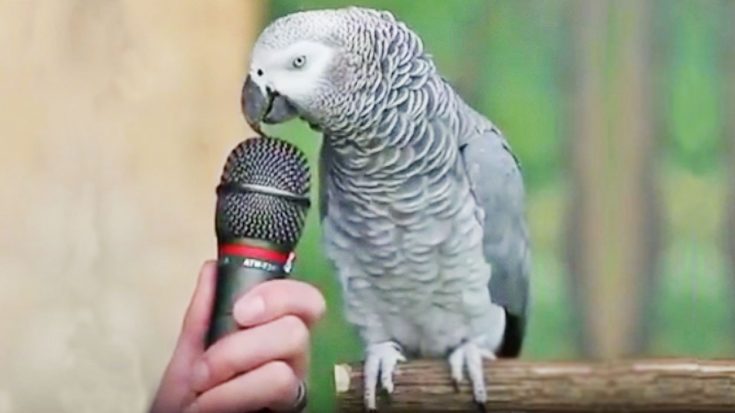 In a sea of impersonators, one rises above the rest. Einstein the parrot met up with a local Knoxville news station on his 30th birthday to showcase his impeccable animal impressions that you just have to hear to believe.

Einstein perfectly nails his impression of a “pig that needs to go on a diet,” his “best friend the skunk,” a red wolf, a song bird, a human baby, spaceship soaring through the galaxy, and many more! But his talents don’t stop there. The multi-talented creature unexpectedly broke out into dance halfway through the interview.

Einstein is an African grey parrot and proud resident of Zoo Knoxville in Tennessee. The bird recently celebrated his 30th birthday, memorizing over 200 words in his three decades on Earth with an ability to say at least 70 on command.

Einstein became an internet star back in 2006 after being featured on Animal Planet’s hit game show Pet Star, rightly dominating the competition as champion.

You can watch Einstein’s animal impression below!