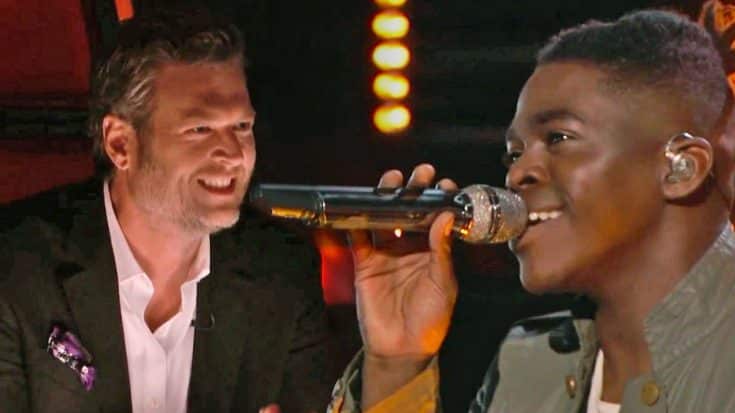 Team Blake proved themselves yet again on during one live show of The Voice in Season 10. Although all of coach Blake Shelton‘s remaining teammates delivered outstanding performances, it was pop artist Paxton Ingram who left everyone speechless.

When Paxton Ingram sang "Break Every chain," it gave me goosebumps! ❤️❤️

That week, Ingram decided to switch things up thanks to a suggestion from another coach, Pharrell Williams. In the past, Ingram stuck to upbeat pop songs, and since he is a dancer as well, he always manages to charm the crowd with his intense stage presence.

But following his performance the previous week, Williams said he thought that Ingram’s voice and personality would be the perfect fit for an “inspirational” song.

Here’s What He Accomplished

Shelton agreed with Williams’ suggestion, and so Ingram decided to perform the contemporary gospel song “Break Every Chain.”

Ingram had performed the song in church the past, but he never sang lead on it before, so he was understandably a little nervous.

But once Ingram took the stage, it quickly became clear that he had no reason to worry. Besides his unbelievable voice, one of Ingram’s strongest traits as an artist is that he fully commits himself to any song he sings. Ingram gave “Break Every Chain” every ounce of passion and power he had in his body, and it showed through in his actions and especially his voice.

Shelton couldn’t stop smiling the whole time Ingram was singing, and he took to Twitter to praise him for his performance, calling it “unreal.”

It seems that those watching The Voice from home agreed with Shelton. Ingram was the highest-charting Voice contestant on iTunes the morning after the episode aired.

You can watch Ingram’s inspiring performance of “Break Every Chain” in the video below.