By Jennifer Pernicano on January 5, 2015
Advertisement 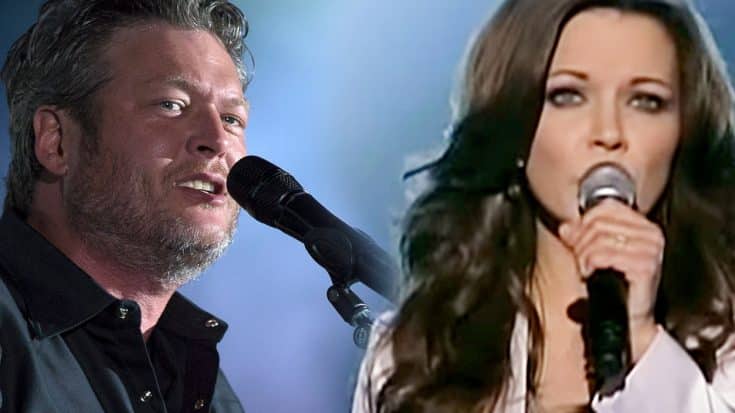 Blake Shelton sure knows how to pull on our heartstrings. He’s done it time and again, but especially with his emotional anthem, “I’m Sorry.”

With lyrics like “You say you never meant to hurt me/Well that might be true/But do you really think I should forgive you/For what you put me through,” you can’t help but feel sad for him and wonder who hurt him so badly!

He teamed up with Martina McBride in 2011 for the emotional song “I’m Sorry,” which is off his album Red River Blue.

Red River Blue is Blake’s sixth studio album, released in July 2011, which included his #1 singles “Honey Bee” and “God Gave Me You.”

Blake revealed in a behind the scenes video, that he had “I’m Sorry” in his back pocket for a while. He held on to the song for so long because he was too intimidated to record it.

He said, “The only reason I haven’t cut it is because out of fear of whether I can actually perform that vocal or not. I mean it’s a tough song to sing.”

Once he finally decided to give it a try, he liked what he heard and felt confident he could perform this song at shows every night, except there was something missing.

Shelton explained that over the years, he had grown close with Martina McBride and her husband, producer Joh nMcBride, as well as their whole family. He actually asked their daughter if she thought her mom would want to sing on the song with him.

“I sent John and Martina’s daughter Delaney a text that said, ‘Do you think your mom would sing on my record with me?’ She said, ‘Yeah, it’s too bad you don’t have the nerve to ask her,'” Blake says.

So, after he finally got up the nerve to talk to Martina, she agreed to sing on the record with him, and he couldn’t be happier! Shelton mentioned, “The record would not be half the record it is without her voice on it.”

Take a listen to the full song below!