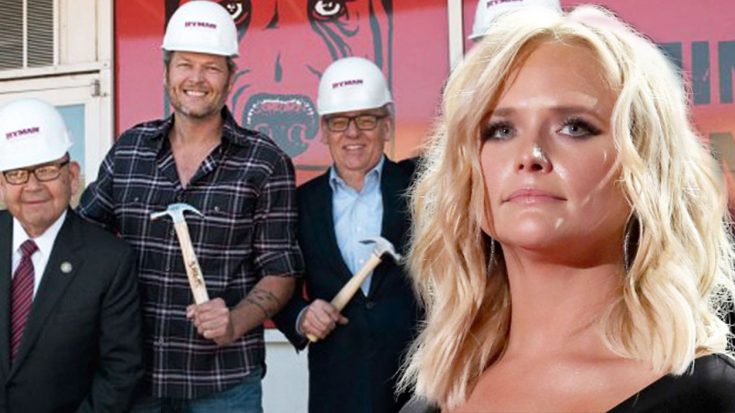 Country music star Blake Shelton is a man who proudly owns his small town Oklahoma roots, bringing a bit of his success back to his hometown! The crooner formerly announced that he would be building a new venue, branching from his Ole Red brand, that will feature a 4,700-square-foot restaurant, entertainment stage, and a convenient retail store to commemorate every guest’s visit.

Named Ole Red Tishomingo, combining his smash hit “Ole Red” and the name of his under 3,100 population town, the singer admitted that he is eager to continue his bond with his hometown fans and promote tourism! “I know this is going to become one of those types of venues where people will just want to say that they’ve been there … I’m excited about it,” Taste Of Country reported the country boy saying! Shelton’s new brand will take over a building that formerly housed ex-wife Miranda Lambert‘s Pink Pistol boutique. The country bombshell closed the locations after her divorce with Shelton.

Stay tuned for more on this thrilling new business venture, expected to open in fall of 2017!