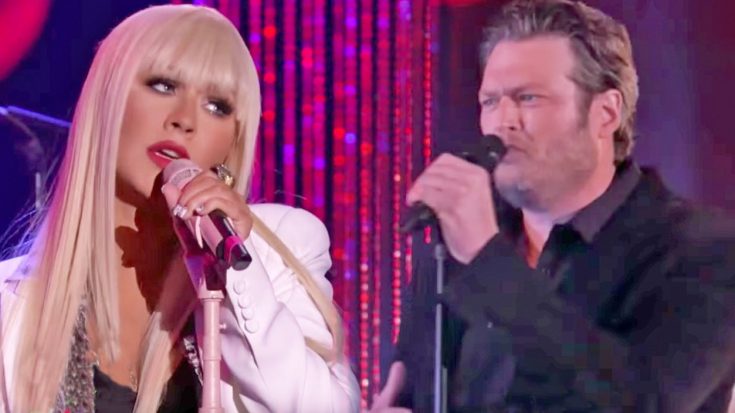 NBC changed the game of the music industry forever when they placed four superstar recording artists in those four statuesque red chairs. Since the show’s inception, The Voice has seen multiple superstar judges, the original four – Blake Shelton, Christina Aguilera, CeeLo Green, and Usher – laying the groundwork for those to follow.

The first four to coach the series came from different walks of music, each dominating in their respective genres. Aguilera and Shelton crossed their genres and made pop go country in 2012 with their hit duet, “Just a Fool.”

“I had my heart set on you/ But nothing else hurts like you do/ Who knew that love was so cruel,” they sing to one another on the set of the Ellen DeGeneres Show. “And I/ Waited and waited so long/ For someone who’d never come home/ It’s my fault to think you’ll be true/ I’m just a fool.”

“Just a Fool” was recorded in 2012 by Aguilera and Shelton and was released off the pop star’s seventh studio album, Lotus.

You can watch their duet of “Just a Fool” below.