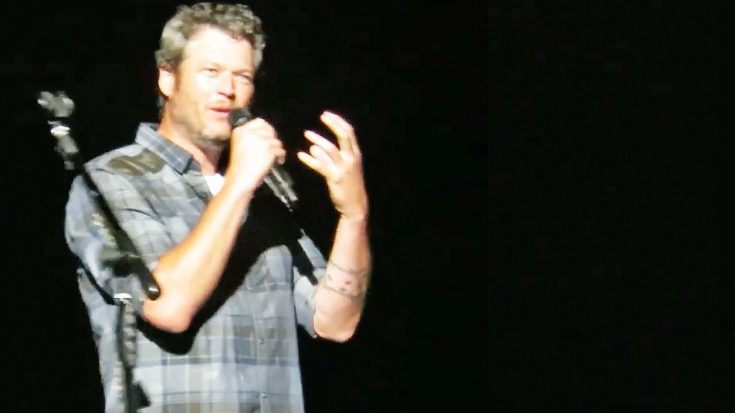 Following one of the most controversial CMA performances in history, the Dixie Chicks and Beyonce came under fire from thousands of country fans who despised the fact that they were part of the evening’s entertainment.

Not having a strong presence in the country genre, but coming from Texas roots and growing up with a lot of country music in her ear, Beyonce made waves when she debuted a very country-esque song called “Daddy Lessons” on her newest album, Lemonade.

It was when the Dixie Chicks began covering it at their shows that the country community really got heated about the pop star’s influence leaking into a country group.

When all this started happening back in May, one of country’s biggest names (who wasn’t even at this year’s CMA Awards) spoke up about his support of ‘Queen B’ and her country-flavored track.

“People that criticize can kiss my ass. That’s what I say,” Blake Shelton said to Entertainment Tonight backstage at The Voice. “I can’t believe people that don’t contribute to music that criticize music, it just blows my mind and Beyonce — tell them to kiss that ass, is what I would do.”

Shelton also shames the people who are incredibly quick to judge when they don’t actually contribute to music, adding “It blows my mind.”

What do you think of Beyonce’s song?

Were you in support of her duet with the Dixie Chicks during the 50th CMA Awards?

Watch Blake Shelton’s statement on this highly controversial issue from his interview in May in the video below.